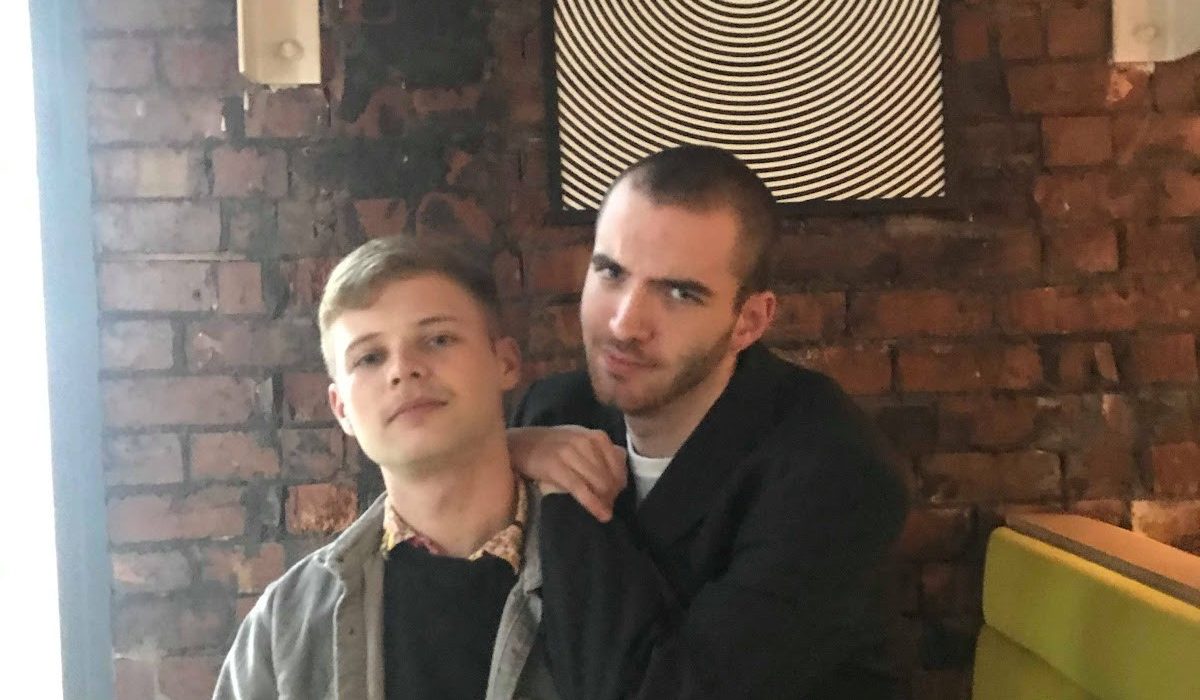 Signed to infamous Manchester label Heist or Hit (one of our favourites), Pizza Girl is the project of Liverpool based singer- songwriter Liam Brown. His music is a mastery of bedroom pop with dreamy instrumentation and enchanting melodies and he is currently touring his debut album ‘First Timer’ that came out earlier this year. The record hosts an engaging variety of genres from 70s rock to new wave and classic synth pop.

On the 13th of November ahead of his upcoming gig there ,we were able to catch up with Liam at YES- the hottest music bar in Manchester, where he was releasing a new pizza topping. The special consisted of mozzarella, pomegranate, mushroom and ricotta. Whilst enjoying a slice of his delicious new creation, we chatted about music, fashion and what we could expect at the show.

Tell us about the pizza slice you’ve designed, what was your thought process behind it?

I wanted a sweet pizza with a cheesy element like my personality- I feel I have a cheesy edge. I also included the mushrooms for the inner veggie in me- I’ve only been one for two months but I think it’s important to keep things healthy.

What’s your favourite kind of pizza and how did you come up with the name Pizza Girl?

The idea of pizza doesn’t go into anything visual online; it’s a wacky name to catch people’s interest. I do like the idea of a classic pizza most of the time- when I ate meat I’d usually go for pepperoni but now I’m a veggie it’s always a veggie supreme. I like a bit of pepper with some mushrooms. Margheritas are good to; sometimes you can’t beat the simple pleasures.

How are you finding your first tour?

We did some in stores when the album first came out and now we’re doing some shows at the end of November to plug the album tour. I’ll be heading to Manchester on the 27th, and I’ll be in Liverpool on the 28th. I will likely be exhausted by the end, but I will be rocking and rolling for all you guys and I have a band with a strong rhythm section for the first time which is exciting! I’m no longer a single mother on stage!

How’s the music scene in Liverpool?

It’s a great place- lots of Beatles stuff and loads of new talent. I live a bit out of the city which makes me kind of a tourist but I’ve made some great friends such as Brad Stark and Hannah’s Little Sister who are joining me on the tour. They’re all really talented and I’m very lucky to be in the same pool as them (if you pardon the liverPOOL pun).

What were your early influences of music and what made you realise it was the path that you wanted to take?

Music has always been in my family. None of them are musicians but my Mum has always had a deep love for 80s music and I grew up on it. When I was six I also remember there was a Sony advert on TV  that had bouncy balls going down a street- there was a song on that I was so into at the time I had to call 118 to work out what it was as we didn’t have internet. I taught it to myself on guitar and I haven’t been able to stop ever since.

What was the process like creating the album ‘First Timer’? Was there a concept behind it?

I think of it more as a mix tape of songs. I get bored easily, so I like the idea of having loads of outfits in a big weird wardrobe of music. There’s a Kelly Clarkson style song, a 70s ballad, an indie post punk track and one song that sounds ambient and electronic like Moby. I like to think it’s very flavourful, but it would also be great to make a more conceptualised album in the future

If Pizza Girl was an animal, what would that be?

I like to consider myself a slender guy, but I’m deceptively ripped-  I eat a lot of food but I still have speed. I feel I would be like a Gazelle. They don’t have much muscle but they’re quick. I also like the idea of being a sloth sometimes, maybe a Netflix and chill one.

If you could play with any other current band who would it be?

In terms of current bands I’m really into Clairo and other Pop Princesses. I’m big into David Burn and Talking Heads is a big inspiration in the world of Pizza Girl. If I could support him one day and talk to him about music for a bit that would be amazing (although he probably wouldn’t want to do it and I might try and kiss him).

You’re a fashionable guy, what are your top fashion tips?

Being super anxious is a surprisingly good one- before I leave I try 5 different things on. I also like vintage numbers and have been really into pin striped blazers recently. They go well with blue jeans- it’s kind of like a smart-casual corporate day out. Also look in thrift shops and second hand shops as it’s good for the environment as well as your body!

Do you have any advice for up and coming bands?

It’s an exciting thing- I still consider myself up and coming. I would say it is important to make mistakes. I’ve never had any lessons and just started out with my guitar in my room. If you sit there with a microphone and a guitar it can really open up your creativity. Be OK with making mistakes; it’s OK to be wrong and not know everything

What can we expect at a Pizza Girl show?

Expect sweat, rock licks, cheesy guitar solos and my guitar Denise. I’m looking forward to making some direct contact with everyone I see and all my friends and label will be here in Manchester as well. It’s going to be like a 21st birthday! 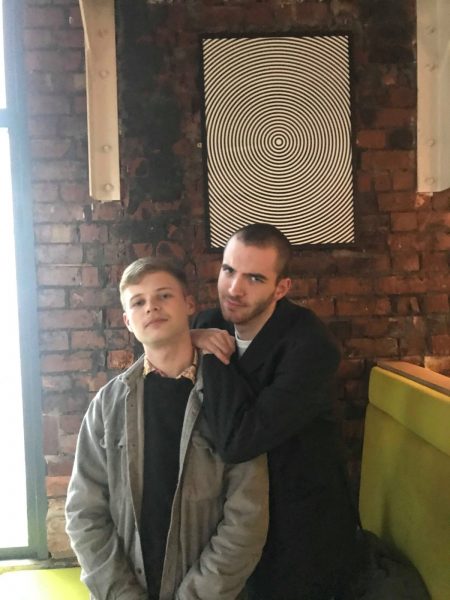 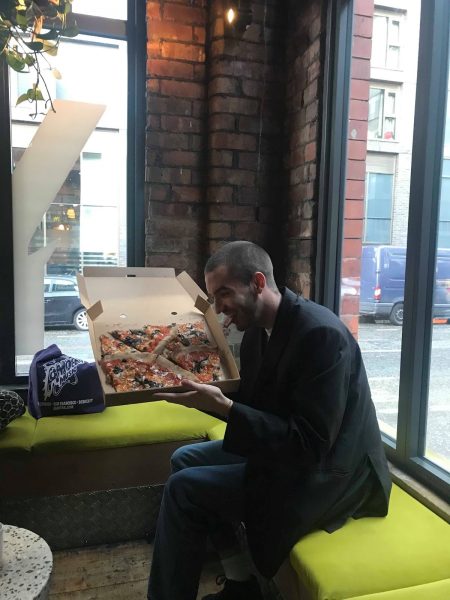