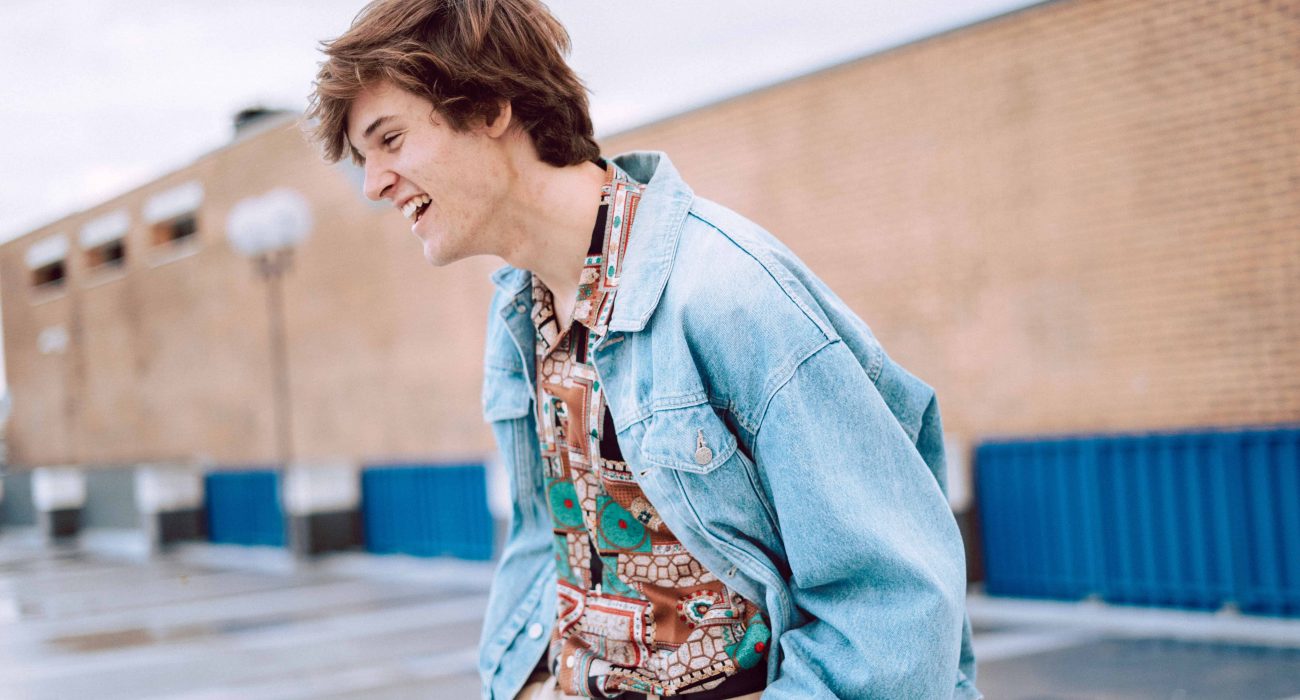 Written by webeditor on 29th May 2020. Posted in Interviews, Music

This week I spoke with Blanks, a music artist, producer and YouTuber. He’s seen a lot of success in recent years with his unique content – producing songs designed by fans through Instagram live, as well as other high-quality youtube content related to his music. An upbeat and enthusiastic young musician, we talked about influences, YouTube content, and plans for the future.

Whereabouts are you from and how did you get into music?

“I’m from the Netherlands, a city up in the north, called Groningen, and I started playing guitar when I was like, ten. I took some lessons and practiced with it a lot, then played in a high school band. Five or six years ago I started getting into music production, and that kind of kick-started the whole music career thing for me. I’d just spend hours and hours watching YouTube tutorials and figuring out how to tweak the sounds to record everything I wanted and spent a lot of time analysing my favourite songs. And that’s basically how I got here!”

You seem to be kind of bridging the gap between producer, artist and YouTuber, which is something which is very impressive and must have helped your success – which aspect do you enjoy most and why?

“On my YouTube channel I have this concept called the story section where I write a song together with my followers on Instagram, so I kind of let them pick a certain vibe, or input lyrics and ideas for the song. I really like that concept, because one, I get to make some music, and two, I have, like a direct connection with all the people who are following me, so I really like that aspect of it all. It feels like I do something which is exciting and kind of new these days, where the people who are going to listen to the song kind of help to create the songs, which will probably make them listen to the song more, so it’s an interesting way of writing songs.”

“Definitely the YouTube that came first, I used to watch all these UK vloggers, like Casper Lee and Marcus Butler, and all those like years ago, so I started doing that but in Dutch. When I started getting into music production I thought, okay maybe I can combine those two, and then I started doing the music content on YouTube and eventually made the switch to English, and that’s kinda when it started to take off.” 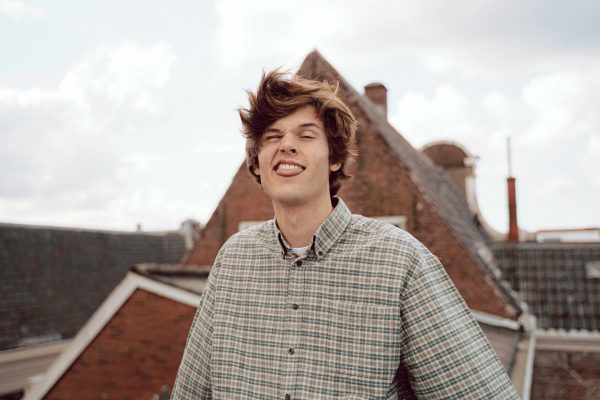 You’ve just released your latest single ‘Silly People‘ – what was the creative process for this one like?

“I made this one myself. I had the track which was a kind of very upbeat, happy sound. So I was like okay, maybe I should try something with the lyrics which has, like a deeper meaning, because if I’m just gonna write some happy lyrics to this it’s gonna be like – maybe too happy?  So I tried to dive into a topic I see around me. A lot of friends around me are already going to uni or have finished studying, and kind of have trouble finding out what they want to do in life and finding their thing. I see a lot of people around me, in our generation and the generation below us, that are like struggling with that. I feel like there are so many options and people kind of get lost in the options. So I thought maybe there’s something interesting there, so that’s basically where the song came from”

What have been your biggest influences over the years?

“I’ve been inspired by the 80s, obviously *laughs*. Every eighties song, probably, I love the synths and stuff like that. I’m really inspired by the stuff that, for example, Charlie Puth and other hit songwriters are doing, so for example, Max Martin, or Benny Blanco, the way they think about songs intrigues me, there are like certain rules for writing hit songs, if you can call it that. On the other hand, I have bands like Tame Impala – Kevin Parker who does that, Dayglow and the alternative side, and I really love to make a combo of that sometimes, so have a bit more of an alternative sound and also be a bit poppy at the same time, really bridge the gap, I love that. “

How has quarantine affected your creative process? Have you been working on any projects?

“The biggest thing that changed is I had to postpone all the touring. So we were in LA about to play a show, we had all the guitars set up and everything, and the mayor of LA called off every event above fifty people, so we had to cancel the show, and cancel the tour. For the rest, I’m a bedroom producer, so everything I do is basically in my home, so just the life part changed, but for the rest, I’m very lucky to still be able to do that even though the world is locked down right now.”

Have you got plans for live dates following lockdown?

“Yeah, we postponed the tour dates to October and November, so hopefully things will be a little bit better then, but we just don’t know. Maybe in October this just isn’t over and we have to postpone again, but fingers crossed October.”

Have you got any advice for people trying to get into YouTube, live music or production?

“This is gonna sound so easy, but just do it! The first tip I have is just go – go on and start creating stuff and putting it out there. Start gathering a community! I see a lot of people who are like, scared to put stuff out there, and trying to wait until it’s perfect, but, especially in the beginning, it’s never going to be perfect, so you’re just holding yourself back I feel like. Just find that thing that you think is the most fun thing to do, and then just go do it and post videos. The same goes for the music, start making songs and if you like them, put them out there. I don’t really have many tips for live. Myself, I came from the studio and when I had an audience, then I started playing live. But I see people just playing on the streets when the weather’s nice – it seems like fun if playing live is your thing just go do it as much as you can!”

If Blanks was an animal, what animal would it be?

“Man, that is a good question, is there any hyped animal which is busy and running around? Oh – a hamster! A hamster. No no, I think I know it – a puppy! I think a puppy. I’ve been compared to a puppy so many times you know. So I would probably be a puppy, and then like a tall skinny dog or something.”

What are musical plans for the future? Can we expect to see an album at some point?

“Ooh definitely at some point, I don’t know when yet, but somewhere next year I think. Right now I’m focusing on singles. But I’m slowly cooking up what I want to do with the album”

Blanks’ latest release, Silly People, is available on all streaming platforms. His unique blend of multimedia content, and charismatic personality, means we can expect to see big things from him in the future.