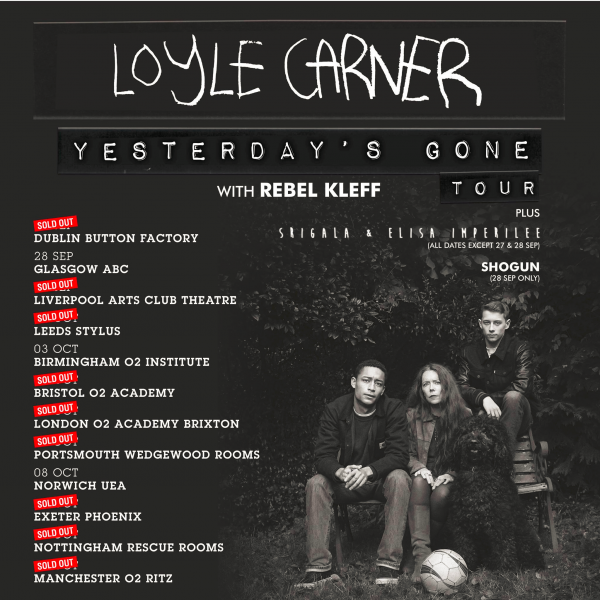 Loyle Carner played at the O2 Ritz in Manchester on the 12th October and I think it was honestly one of the best gigs I have ever been to.

Having missed Loyle Carner at various festivals and even at Bestival his set was cancelled due to the wind; I
thought maybe I was just never going to see him, or if when I did, the hype would be too much for what it was.
Safe to say, this was not the case at all.

Opening with the ‘Isle of Aaran’, swinging his dad’s Manchester United shirt, the the crowd atmosphere Carner
was able to create was unbelievable. The whole gig was only about an hour long, which actually added to its
effectiveness – short and sweet and kept alive by Carner telling stories about family and ex girlfriends,
sometimes through poem.

I think what made it particularly good and what kept the audience engrossed for every second was how
personal and relatable Carner makes his performance and his stories. ‘The Seamstress’ is about a girl he
used to date who “thought [he] had a drinking problem.” Carner told the story and then comically concluded “I
don’t have a drinking problem, I just f*****g love drinking!” By giving songs with such deep meaning and
resonance to his personal life a humorous and relatable touch, he kept the whole crowd completely engaged
(apart from getting a few pints obviously).

He credited his good friend, Tom Misch before playing their track together, ‘Damselfly,’ getting a huge
response. Carner also received a drawing from a fan during the performance and kept it on stage with him the
whole time. This emphasised how he values his fans, which we loved.

The enthusiasm for his music was made very clear from the energy and passion put into the songs
performed. The football shirt was swinging all over the place and when ‘NO CD’ was performed at the end, the
crowd went crazy for it. The dramatic lighting and the clear compatibility between Carner and Rebel Kleff, who
he brought out a few times, gave the big, exciting performance an element of closeness and it just looked like
they were having a great time, meaning every one else was too.

He also told the crowd that Manchester is his favourite place in the whole UK. This feeds into what I am
saying about how personable and fun Carner made his show. Loved it. A great gig, I could go again tonight.