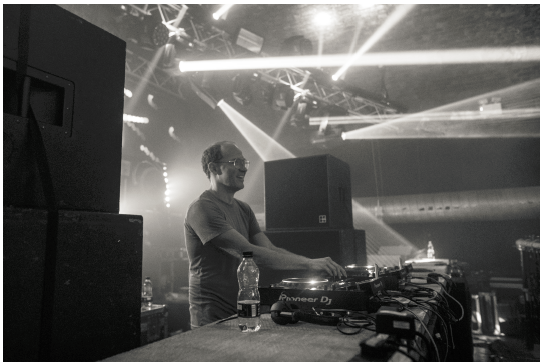 The line-up for the evening was an absolute treat on paper. It was a triple
bill of my absolute favourite electronic artists: Jon Hopkins, Floating Points
and Daphni.

Starting off as an extra bonus was the German DJ Roman Flugel who moved from light and airy electronica
into much darker realms as the set moved on, warming up the crowd for the later acts.
Then came Jon Hopkins who played a ridiculously intense set from start to finish, with little room for a
break. He spent the hour and a half teasing tracks from his album Immunity and dropping them to
maximum effect. Such was the depth of the line up for the evening, that I had to miss Madlib, who
clashed with Jon Hopkins.

Floating Points’ set at 1:30am was a welcome relief, with a much more relaxed start, beginning with a long
synth only intro. From then on he played an up-and-down mixture of his trade-mark rare funk/soul and
disco bangers, along with more euphoric electronic tracks. The highlight was his upcoming release ‘Ratio‘, which
has been floating around on videos online for a while now.

Daphni’s closing set was a showcase in just about any genre of music you could think of. He moved from
electronica to jungle to drum and bass, also packing out the set with material from his new album Joli
Mai. Finishing with ‘Take me I’m yours’ by Mary Clark with the lights on was a perfect end to the
evening.