Written by Mia Edwards on 17th February 2019. Posted in Reviews 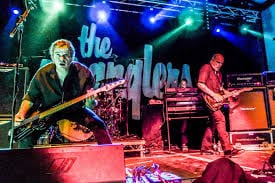 The Stranglers frontman Baz Warne discusses the state of rock and roll, his distaste for genres and how to
maintain a rebellious image in a sanitised pop landscape.

After Hugh Cornwell left the band in 1990, The Stranglers struggled to replace the hole he left so
when you joined the band in 2000 was it daunting taking on such an iconic role?

I never thought about it that way because I was in my mid 30s, I had been a fan of them for many
years and had even toured with The Stranglers in 95 and 97 as their support act. They made me
feel very welcome and we were so busy touring straight away that I didn’t even get a chance to
think about it. The dust settled after about a year and then we all moved into a farmhouse to write
the next record.

The Stranglers were known for their notorious, punk persona, even appearing on stage in 1978
with dozens of topless female dancers. Do you think bands have to worry about being politically
correct when trying to also maintain their rebellious image?

I think it’s just the times they [The Stranglers] were living in, i think if you try and be right on and PC
you’ll never get a chance to say anything to anyone; you’d end up having to call a manhole cover a
person inspection hatch- to be fair that is a really extreme example, funny though! We are who we
are, and it worries other people more than it worries us.

The Stranglers have touched upon some hard hitting topics in their songs, are there any more in
particular you want to tackle?

Well, subject matter just comes to you at the time. I mean, there’s plenty to write about at this
moment in time; we’ve got some US gigs in May and we’ve just got to watch what we say because
I’ve already written a few songs about the cartoon character they’ve got in the white House. It
happens naturally so you don’t really plan ahead, you just save up instrumental bits and someday
you’ll fit words to that.

So do you have pre-made lyrics, then? Or is it more impulsive?

Different sides of the same coin: you should never through anything away, always write it down,
often on a mobile phone which is crucial to musicians nowadays. You might listen back to it in 6
months and think that’s crap and say “I don’t remember writing” that “I don’t want nothing to do with
that shit” but sometimes you’ll listen back and think it’s great and wonder why did we never
recorded it before.

Did you expect the success of Big With Coming?

Big Thing Coming… that was one of the first thing we did together. To be fair we laboured long and
hard on that record actually. I don’t know, it would’ve been easy to follow the same direction of the
90s album which the other guys would admit was a bit ‘wishy washy’. New blood is always good: in
a football team, for managerial staff, anything; anyone coming at something with a different outlook
is bound to bring something new. Living in this farmhouse altogether, it was like The Young Ones, just trying to learn each other’s personalities and how we worked and Big Thing Coming just came
out of that situation.

Did you grow up listening to The Stranglers?

Well I had no internet- just top of the pops. It was so sanitised and mindless but every once in a
while you’d get a band like The Stranglers- their sound was so unique and no one sounded like
them, and no one probably ever will. That is what you want in a band, 45 years later and we’re still
doing it, so that’s gotta count for something.

Have you noticed a change in the demographic of your fans over the years?

The teenage fans from 1970s are all parents now so naturally yeh. And a lot of the fans, the
vociferous fans, who and eat and sleep the band have clearly got their kids into us too. So in the
crowd we get men in their 60s, all the way down to small kids down by the barrier who are being
lifted up so they’re not squashed and just eating a bag of crisps and watching the show! There’s
this one kid who’s been coming to our shows since he was a wee ginger lad and now he’s grown
up with a beard and a girlfriend, it’s fantastic!

What do you think about bands moving away from traditional rock music, like Arctic Monkeys’ last
album ‘Tranquility Base’, or The 1975 finishing off their recent round of UK arena shows with a
massive ‘Rock is Dead’ sign?

Ah! Well how do you mean by genre, if you had to use that awful word. They’re just boxes and
pigeon holes so that music is quantifiable. I tell you what lad, you come and see us and you tell us
that rock is dead. In London, Manchester, Glasgow, there’ll be thousands of leather jacket wearing
lads just waiting to rock out. Basically, it’s just about how it makes you feel, it’s not rocket science,
its very simple to be honest- you might catch yourself humming a tune that you accidentally hate. If
you don’t like rock go and listen to some bloody acoustic guy or some Ed Sheeran and then you
can tell me you don’t like rock music.

You’re primary fanbase is in the Uk but you also have big fanbases overseas, such as in France,
do the type of fans or atmosphere change country to country?

That’s what happens when you have a French bass player! Yeh we love playing there and we do
very well in France. When you go to places you haven’t been to in years- like our US shows which
will be the first in 6 years- the venues are absolutely rammed and alive because people have
missed us. We’re also off to Japan for first time in 10 years and one of the things I love in Japan is
the politeness, they’re so polite! The stage times are earlier too so you go on at 6pm and end by
8pm, they literally come straight from work and then go home straight after we finish- you wouldn’t
have that in the UK would you.

How to stay on the straight and narrow having such a crazy job?

We’re about to get in a bubble for 6 weeks recording and its important to not get up your own
backsides. Eating good, not burning the candle at both ends, get up, shower, go to the next town,
play the gigs, done. Its just a pleasure to still do this, I know that sounds cliched but we just feel
honoured to be able to still play to our fans. We won’t have played for 5 months by our next gig
which is too long and in the studio we all have massive smiles on our faces, so if we ever aren’t
smiling thats a sign to stop, but we aren’t there yet!

Doing this for so ling, have you guys developed any traditions?

Well of course they’ll be specific pubs or restaurants in specific towns that you want to visit but our
only major tradition is we all have a nip of rum and blackcurrant before going on stage. It’s an old
working mans club trick- the rum opens up your sinuses and blackcurrant coats your throat; a bit of
medical help works but just don’t do 6 shots of rum otherwise you won’t give a crap what you’re
singing.

Did you have any particular inspirations?

To be frank anything with a guitar in it but it didn’t always have to be guitar music. Great guitar
solos used to stick out to me on the radio, like ACDC, Motorhead, Sex Pistols and The Stranglers
but I wasn’t into the Jam or The Clash because they always felt too manufactured for me. As I got
older I even started to listen to Neil Young but to be honest whenI finish work and I go home I just
want to sit with my wife or go ride my motorbike through the Yorkshire dales. Music is my job but
don’t get me wrong it’s also my pleasure and a luxury too.

Do you have any hobbies outside of music then?

I read a lot as I’ve gotten older and I’m a very passionate football fan even if we team [Sunderland]
is now in the First Division; I’ve from a working class background where football was all pervading.
My grandchildren are great- I love being able to play with them and then give them back when they
get too much. Also as I mentioned I ride so maybe when the weather gets better we’ll get the
motorbike out and have some fun!

The Stranglers have dipped into so many different musical styles, what can fans expect from the
upcoming tour, any surprises?

Well you just have to play ourselves, like some old songs that the band haven’t played every or
haven’t played for 30 years; we call them the black jukebox. I could tell you the setlist but I’d have
to come up to Manchester and silence you! There are some secret surprises coming up but
likewise they aren’t public so I don’t wanna piss anyone off by revealing them to you.

The Stranglers play the 02 Apollo on March 30th as part of their UK tour. 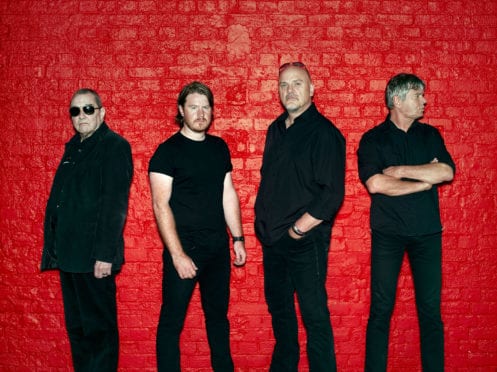