Written by Mia Edwards on 18th October 2018. Posted in News

You Me at Six have recently released their sixth studio album, aptly named VI. I
had the pleasure of speaking to lead guitarist Max Helyer about their new album
and their upcoming tour for Fuse FM.

Alana: First of all I’d just like to say thank you so much for taking the time to talk
to us at Fuse, it’s brilliant to be able to chat to you.

A: So we’re talking about your new album and I feel like with this album
there’s a lot of energy and it kind of feels like a breath of fresh air. Do you
personally and as a band, feel proud of the album you’ve created?

M: ‘To be honest with you, you’ve absolutely nailed it on the head there Alana, it was
like a breath of fresh air for us as a band, ‘cause we were challenging ourselves to
listen and try and do something different and take inspiration from the music we
listen to which is quite a wide dynamic you know of how much different styles of
music we listen to so we tried to incorporate that into our record and like you
said really have fun with it music’s supposed to be about having fun and enjoying
yourself and I think that really does come across in the songs we’ve written for
this record. To be honest with you it was just a great experience and it all came
very naturally and the whole record was really formed around the space of 2
months, the majority of the record, so I think that shows we were on to
something. We were just having a great time being around each other, writing
and creating music in different ways that we’ve never done before.’

A: You’ve gone for a few different sounds in the album. Fast Forward is
rockier then you’ve got Back Again, which is slightly more indie sounding
and then 3AM where you’ve got synths and more of a pop sound. Is there a
reason that you wanted to get in a mix of different sounds?

M: ‘I think we’ve always had that element in our band but maybe to not the extremes people have heard like this before. I think really the most important thing was just capturing energy and moments and times in our
life that were going on in the last year or so and putting it down into music. Fast
Forward is quite an upbeat rock, quite loud in your face one but that was a time
when there was personal stuff going on in our lives, hence the reason you want
to fast forward through, you wanna get through some bad stuff and come out the
other side and it’s gonna be good. I think we had to match that kind of lyrical
content with the energy of the music as well and we felt something like rockier
was the right direction with that but then Back Again definitely, for me the
reason that song came from was trying to get a Friday night feeling going, when
people are switching off from Friday from work and going ‘right I’m going down
the pub and I’m going to get myself a gin and tonic and I’m going to have a great
weekend’, that sums up that song and same kind of with 3am as well it’s like,
who hasn’t had a night going out ‘til 3am and having a drunken stumble home
and just going through your phone, like I think everybody can kind of relate to
these moments in their life, we just kind of have our own way of interpreting
that.

A: You’ve said that there were times when you had personal stuff going on,
are there any songs on the album that stood out as being particularly
challenging to make?

M: ‘I would say a challenging song was I.O.U. It’s a bit of mix-mash throughout that
song, it’s kind of got a bit of funk, it’s got rock and a bit of hip hop all into it and
it’s sections and for us we have the ideas we’re like ‘this sounds really good’ but
it was kind of gluing the puzzle together, getting it all perfectly in tact and like
‘how do we link this section to this section?’ and that was something that really
kind of happened in the studio. It was very natural but that was great because
when we worked on this record with a guy called Dan Austin he heard and
understood the vision that we had for that song and he was challenging us as
well, which enhanced the song and made it a better song. So that was definitely
one of the more challenging songs that we had to do on this record but one of the
best ones I think in my opinion.’

A: You’re also going on tour in November, are you excited to get back on the
road again?

M: ‘Yeah definitely. For us playing live shows is like our bread and butter,
something we’ve always done and we’ve been doing it for about 12/13 years
now so for us live shows are really important, and I think that’s where people
can understand. I think if you like us on record you’ll love us even more live. I
think there’s a bit more of an energy that doesn’t maybe sometimes cross over
onto our record. And we’re also doing a 10 year anniversary tour for our first
record and the response to that has been overwhelming, we’re all humbly
surprised by that and to see that there’s a record that we’ve made that’s stood
the test of time for 10 years and people still want to see that is something that
we’re all very proud of.’

A: And you’re playing in Manchester on the 23rd and 24th of November at the
Victoria Warehouse which is a great venue so hopefully you’ll have a lot of fun there. Is there a particular place you love playing?

M: ‘We’re looking forward to playing Manchester because we’ve actually never
played the warehouse before. We’ve done all the academy’s, we’ve done the
Apollo a fair few times now and we’ve done the Manchester Arena as well so for
us to play a new venue in Manchester, I think we’re all sitting there being like
‘let’s see how this goes’ ‘cause we’ve heard great reviews about the venue from
friends and bands who’ve played it before and said it’s one of the best shows on
tour.’

A: As you’ve said you’ve been a band for a pretty long time, does it ever get
tough spending a lot of time together and how do you stay grounded as a
band?

M: ‘I would say we’re like a band of brothers to be honest with you. Our friendship
and our bond has grown strength to strength over the years. We’ve gone through
good times, we’ve gone through bad times and I think that’s kind of developed us
into the band and who we are, you know, when you have all those things that
happen in your life. We’ve done it from a very early age, we started the band
when we were like 15/16 so I think we’ve grown together and I classify them as
my family now and even all their mums and dads, it’s all extended family. So to
us we have a great time doing what we do and I think that’s the most important
thing and I think that’s the reason why our new record sounds fun and energetic
because that’s our outlook on life just have fun and enjoy yourself. You know
we’re very lucky to be making music after all this time so you know let’s just
enjoy it as much as we can.’

A: Has there ever been anything go catastrophically wrong whilst you’ve performed?

M: ‘There’s definitely been a few moments in our career, I won’t tell you all of them
but the one I remember recently, it was about last year or the year before when
we played Reading Festival and we had a massive power cut during our set but
the one thing that was working was Josh’s microphone so he did an acapella of
one of our songs while we were all waiting for the power to come back but it
kind of created this moment like it was a memorable point and we got all the
crowd singing along and it was just one of those things we looked at and we
didn’t even need the music, people were so in the zone that they were just like
‘yeh we’re into this’ it’s so different you know, so you can turn bad things that
happen on stage into great moments.  You’ve got to keep on your toes when you’re playing live, you encounter many
things, it’s just how you react and deal with it.’

A: Well it sounds like you saved it. I reckon you wereall right in the end.

You Me at Six perform in Manchester at the O2 Victoria Warehouse on the 23rd and 24th of November and their sixth studio album VI is out now. I reckon they’ve done more than all right 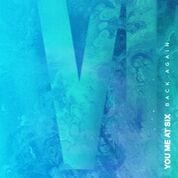 Tags: album, fuse, interview, Manchester, tour, you me at six