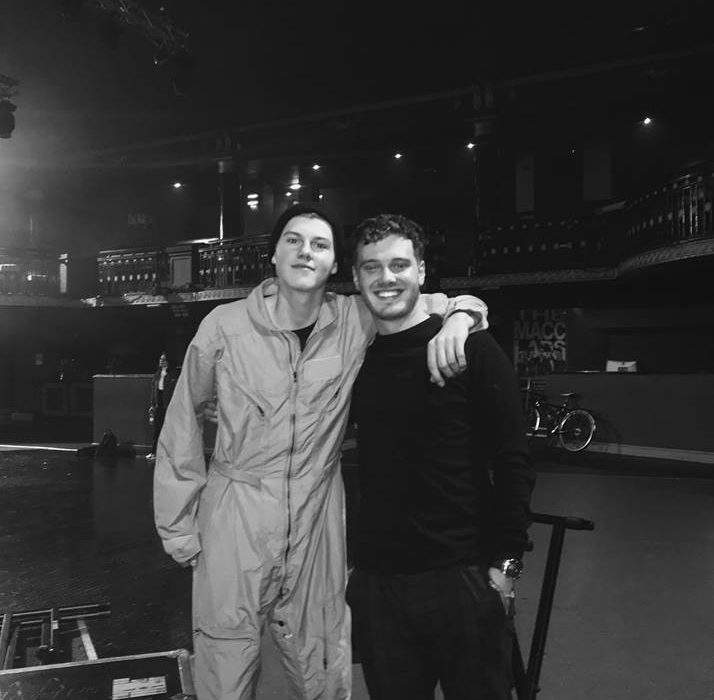 Live Interview: RUEL at The Ritz

Written by Jacob Thompson on 22nd January 2019. Posted in News

Just over thirteen years ago, Ralph van Dijk and his wife, Kate, packed their bags from London and moved to Sydney, Australia. Taking their three-year-old son Ruel with them, back to the country of their birth, they left behind most of their extended family. Ruel was enrolled in a local school and his parents returned to a lifestyle they were more familiar with: warm winters, even warmer summers.

Origin stories often become infatuated by the small details. Ruel has now spent the majority of his life in Australia; he learnt to read and write there, indeed he discovered his musical talent there. But you do ask yourself whether things would have turned out differently for the sixteen-year-old starlet – who’s now being touted widely as Australia’s answer to Justin Bieber – if his family hadn’t emigrated to the other side of the world.

Or, actually, you could ask Ruel himself. “It probably would [be different],” he candidly told me as we sat in backstage at the O2 Ritz in Manchester.

“Living the lifestyle that I have done in Australia has definitely shaped my influences, my experiences and – most significantly – my relationships.”

And it’s the relationship he seems to have with his family that resonated most in our conversation. Having relatives scattered across the other side of the world has appeared to give him an understanding of what he finds most important in life. “We like to make an effort to come back to England all the time – my grandma lives in…”, he ponders his UK geography, “…Bournemouth, I think, so we are going down to see her tomorrow.

“I think that’s what I like the most. The fact that, when I’m on tour particularly, I have family that I can visit to keep me sane. One of my parents will always travel with me so it’s nice to be able to share my experiences with them.”

Ruel, who combines typical teenage pop production with a mature and, often earnest, soul vocal was in the UK for almost two weeks as he supported Mabel on a tour that covered nine dates across the both England and Scotland. After greeting me personally at the stage door on a torrential night in Manchester and having an off-the-record chat about the varying international success of Devonian singer-songwriter Ben Howard, we pitched up next to each other on a small leather sofa in his blow-heated greenroom at the back of the venue to talk about the sixteen-year-old’s journey so far.

“It was my dad who sent tapes of my voice to different labels and studios, before M-Phazes took an interest,” he recalls. “When I met him, I had no idea he was this huge producer – I was pretty oblivious and super outgoing, which is quite funny looking back!”

Gaining recognition at the age of twelve by M-Phazes, a Grammy Award-winning producer who has worked with the likes of Eminem and Zara Larsson, was a break that nobody really expected, even Ruel himself. “He must’ve just thought I was some random kid from Sydney – my voice hadn’t even broken then,” he admits. “You’d never assume someone like him would take much of an interest.”

That interest ultimately meant a record deal and, two years later, the release of his debut single “Golden Years”. The success of this track and the follow-up single “Don’t Tell Me”, along with a breakthrough live appearance on national radio station Triple J, gathered momentum for Ruel and landed him a Top 100 hit on Australia’s main music sales chart.

Within the space of a year, Ruel had transformed from your average teenage boy with a voice beyond his age, into one of the most exciting pop talents on the emerging world-stage. And you wonder how that affects him, both personally but in terms of ‘RUEL’ as a brand image. He responds in a characteristically mature approach: “From day one, I’ve always wanted to keep everything about my image to be focused on the music.

“When I first got social media and put out my first little releases, we made sure to not put out anything to do with my face or focusing on how old I was. We put nothing out apart from just music and I guess that just resonated with people.”

Overnight, instant success is becoming increasingly synonymous with the Millennial generation of emerging talent across the world, a route modelled most famously by the likes of Justin Bieber, and Ruel seems intent on ensuring that his credibility as an artist is rooted deeper than in just the novelty of his youth. “Everything I put out now is still all about the music. I think that’s what keeps me credible and makes sure I remain an artist instead of a gimmick.”

A crucial factor so far in Ruel’s journey towards stardom has been the recognition he received from an artist whose musical journey also began in their teenage years. “I was in my locker-room at school, by myself after lunch,” Ruel recounts, “I just opened up this message and Elton John’s face was on it. I started freaking out, I’d been put on the radio!”

Ruel is referring to when, in September 2017, ‘Don’t Tell Me’ was aired on Beats1 Radio; a specific selection from Elton John. “The weirdest feeling” came over Ruel as he listened to John describe him as astonishing, live on international radio. “I had a little dance party by myself. It was a music legend, talking about me!”

“We then, later in the year, met in Sydney and chatted for hours about new music. He gave me some real good bits of wisdom.”

And those bits of wisdom seem to have rubbed off on Ruel, who hit his Sweet Sixteen only a matter of months ago. You get the sense that a series of wise moves have been what shaped Ruel’s path so far: the initiative to send out music to record labels, the choice to originally post music under a pseudonym.

In fact, perhaps his father’s decision to up sticks from London and move to Australia was a wise one after all.

“These parts two years have flown by and it all feels like my whole journey has happened in a week,” Ruel finishes up with. “But my family – and the things they’ve done for me – have helped me so much.”

“I suppose that’s what makes sure that everything feels normal in what has been a pretty crazy couple of years.”