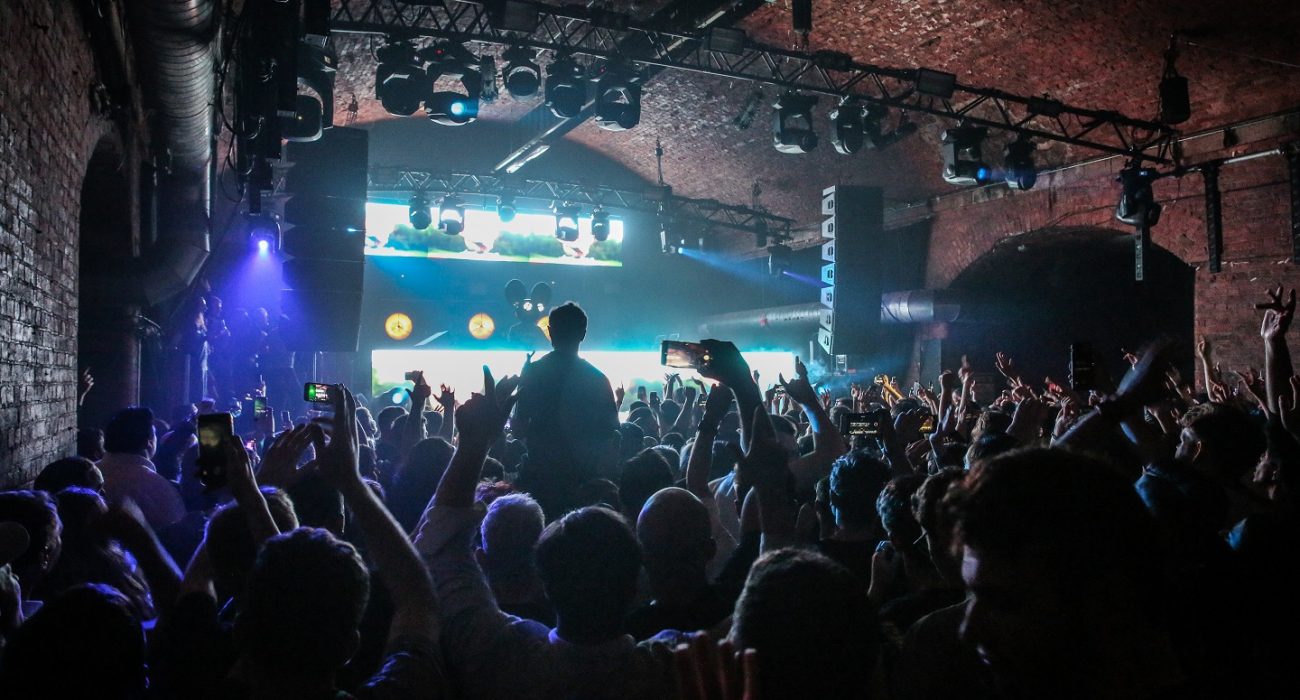 Written by Hannah O'Gorman on 23rd November 2018. Posted in Reviews

As any Manchester based party-goer will know, Warehouse Project is an event that sits high up on the night-out bucket list. With the line-ups getting better and better each year, I was very excited to see what 2018 had to offer. It would be an understatement to say that I was thrilled to see Canadian, rodent-headed EDM giant Deadmau5 topping the bill for a November date at Store Street, and I approached the night with high hopes.

Upon arriving at the event, my friends and I decided to explore all three stages that were on offer, starting with the smallest and slowly working our way up to the main stage. Initially, the crowd was spread nicely between the three, but this did not last. By the time we reached the main stage for the build up to Deadmau5’s set, room at the front and middle became increasingly scarce. Unfortunately, the set times were not released prior to the event, so with the exception of the main stage acts who usually had their titles projected on the screen behind them, it was something of a guessing game as to who each artist was. Monstergetdown was a fitting choice for the mainstage before the arrival of everyone’s favourite rodent DJ, having collaborated on two tracks on Deadmau5’s latest 2018 album release, Monstergetdown warmed up the crowd nicely, even playing one of his popular remixes of a Deadmau5 track. Soon enough, the beginning of the headline slot arrived and an iconic luminous mouse head graced the stage, stimulating a series of cheers and applause across the audience as everyone realised: Deadmau5 was here.

Regrettably, the set kicked off with very little room for enjoyment as people continued to pile in to the narrow mainstage viewing area. After several elbows to the ribs and stumbles from the swaying crowd, we decided to head to the back and see what the other stages had to offer, hoping that the main stage crowd would calm down after fifteen minutes or so. Stage three was closed, and stage two was more or less empty with a few groups of people gathering to watch Livsey perform his set, but after returning to the main stage to catch the majority of Deadmau5, it was clear that most of the crowd had either gone to stage two or simply left due to the lack of space. Finally, with a bit of room, I could enjoy what Deadmau5 had to offer. I’ve never seen a DJ with such a flawless ability to command a crowd. With dramatic and euphoric introductions to tracks such as There Might Be Coffee, Imaginary Friends and Polaris, there was something really quite satisfying about seeing a crowd stand peacefully in awe before exploding into an excitable frenzy as Deadmau5 built his tracks from atmospheric beginnings to classic EDM beats. The popularity of his tracks were confirmed by the tendency of the crowd to sing along with the melodies of his more famous tracks, and Deadmau5 had plenty of those to unleash on the crowd.

Overall, after the audience slowly dispersed and allowed for a little more room, Deadmau5 performed a set indicative of his reputation as one of the best EDM producers out there. The impressive range of tracks he brought with him to WHP that night created a real memorable experience, one that I hope to be a part of again at some point in the near future.