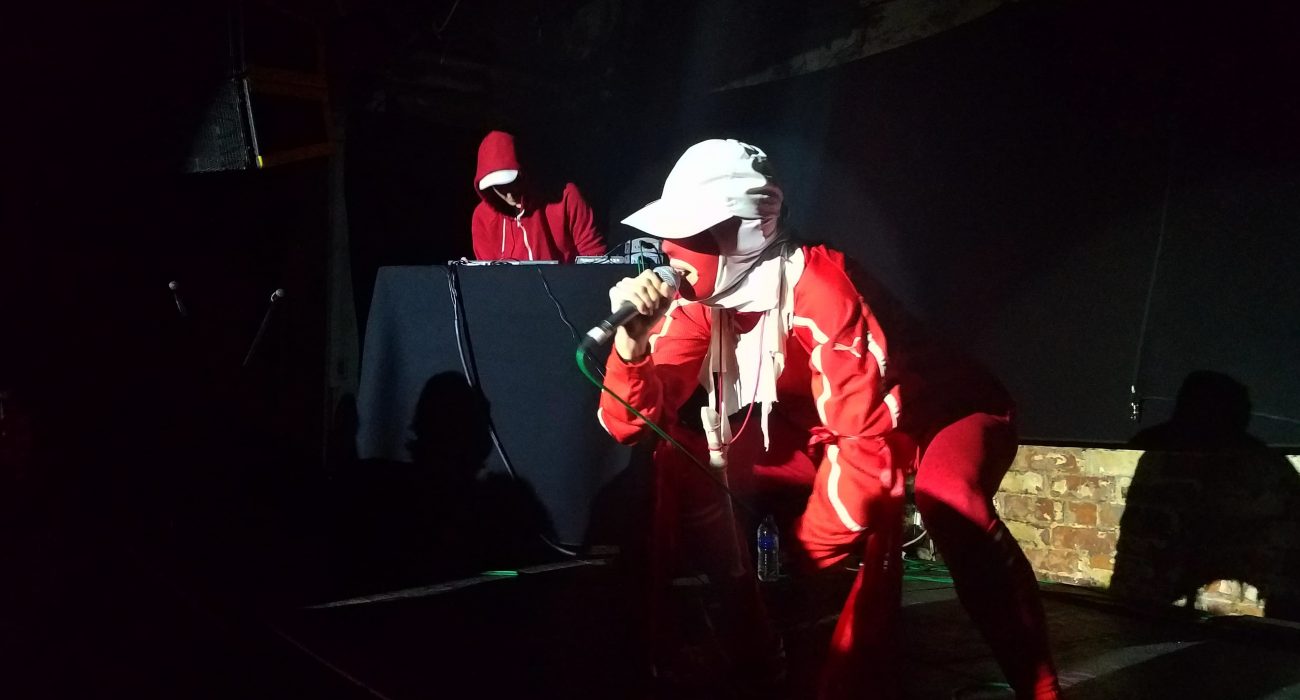 Written by Mia Edwards on 6th October 2018. Posted in Reviews 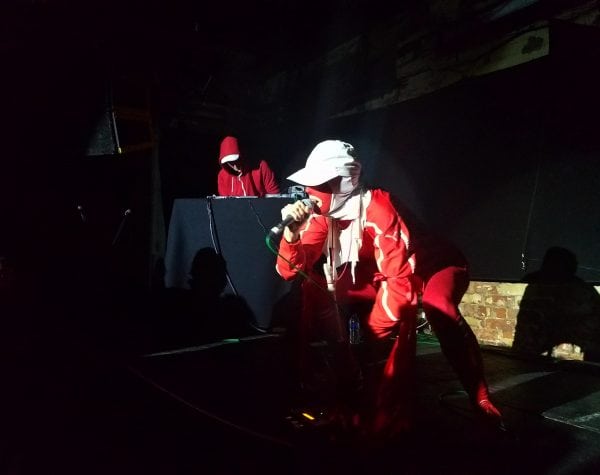 For us human beings to peacefully coexist with one another, an element of performance and disguise is critical.  We exaggerate our best qualities and conceal our worst.  We take on characteristics abnormal to us to resolve our differences with others.  However, as much as it helps us prosper as a species, this personal compromise is the source of our unhappiness, frustrations and terror, and makes us fear our own individuality.  Maybe Freud or someone wrote something about it, maybe in Civilisation and its Discontents, maybe in, I don’t know, chapter two?  But who am I to say?  I’m no shrink.

Gazelle Twin is a producer and vocalist from Brighton.  She had a new record out recently.  This is about all I know about her and I’m not sure I want to know any more.  She played a gig at Soup Kitchen on Thursday 4th October, charming and scaring me in equal measure.  Bar an anonymous knob fiddler hunched over a desk to her right, she was alone on a stage devoid of embellishments or decoration, placing the visual focus of the performance entirely on her costume and body.  She pranced around onstage in full red and white attire like a giant tin of Red Stripe channelling Godzilla, leaving only her lips exposed.  Sometimes her performance was reminiscent of rap gigs I’ve been to in her confrontational, just-me-and-the-mic-in-this-bitch demeanour (see above).  But however she carried herself, her physicality was always like an extension of the music itself, and her idiosyncratic dance moves synced perfectly with music.  She yelped, screamed and whispered over broken synth loops.  The huge kicks and shimmering industrial snares scarcely held the tracks together, leaving the crowd asking themselves ‘‘Should we be dancing to this?  Is it going to look bad if I go for a cig?’’.  Her songs are very formulaic and her sound niche.  But it was never boring.  You can get away with it with such musicianship and finesse.

My favourite moment of the night came when she burst into an unexpected acoustic recorder solo.  Somehow she had appropriated this infantile, undignified instrument into something capable of paralysing Manchester’s young scenesters into stunned silence.  If before she was a rapper, now she was an otherworldly nymph, enchanting those who dared enter her realm.  It sounds strange saying that the sheer ridiculousness of her act seemed entirely normal.  At the end of the day she is an illusion, a contrived hodgepodge, a sum of a million different cultural sources, yet with such an original sound and aggressive demeanour.  If she wasn’t so relatable, perhaps we would be laughing at Gazelle Twin instead of lauding her.