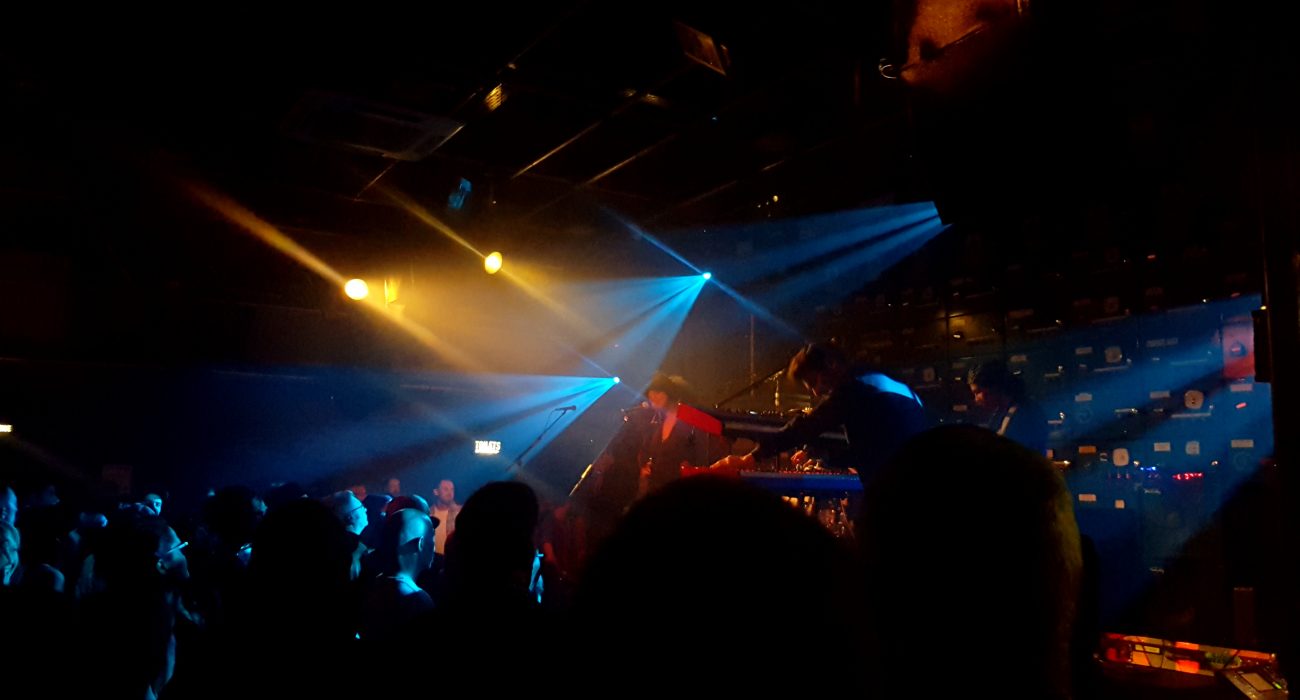 Written by Hannah O'Gorman on 2nd March 2018. Posted in Reviews

Hollie Cook leaps on stage to begin her first headline tour stop in Manchester. The support band ‘General Roots’ begin a deep and sonorous rhythm to get the stirring crowd moving, who had become slightly languid from the wait. The warm beat they lay down is then split-open by Cook’s voice, with an excited ‘Hello Manchester!’ to accompany her elated stage-entrance. Driven by her evident excitement, the crowd fixate on the stage and the night begins.

Despite her new music’s increasing departure from classic reggae rhythms and sounds, the musical style of the night emphasises Hollie’s sustained relevance on the reggae scene. Although her new album, ‘Vessel of Love’ confidently demonstrates her self-proclaimed tropical-pop nature, the tough reggae-rhythmic backing on the night established a firm grip on the roots of her musical style. New songs such as ‘Stay Alive’ and ‘Angel Fire’, which lean more towards her euphoric and ethereal tropical persuasion, are re-moulded and re-rooted in a ‘dubby’ grounding, emphasised not only through the use of digital dub effects, but so too through the inclusion of King Tubby style ‘version’ endings to each of her songs. “Are you ready for a reggae party” she shouts with a nod to the roots reggae enthusiasts present in the crowd.

Hollie’s assertion that she will bring “sunshine in the form of music” is nothing short of fact, bearing in mind the icy sleet outside. At this point, she still hasn’t introduced herself. Whether through a cheeky confidence or an excited amnesia, she waits until the end of the fourth song to explain who she is. Of course, the crowd are fully acquainted with the divine-voiced enigma on stage, yet the humble and gripping affability of her personality that I had experienced earlier in our interview was now made clear, as she spoke to the crowd with a refreshingly genuine tone.

Moving onwards, General Roots begin the melody to ‘Desdemona’, one of Hollie’s most enchanting songs. Accompanying this, she reveals a new side to her stage personality. Replacing her near-bashful illusionary aura, the looming strings of ‘Desdemona’ bring a menacing and alluring presence to the Gorilla stage. This mystifying twist continued as a theme throughout many of her songs, giving the night an excitingly sinister edge; something her new album has slightly forgotten. ‘Milk and Honey’ begins, and the exceptional skill of ‘General Roots’ is accentuated, as once again they strip back melody and enter a dubbed-up version of the song, now allowing each band member an introduction and solo.

They finish, and the encore procedure ensues, this time returning with a firm favourite, ‘Postman’. Hollie explains how Manchester had always had a “special energy”, a comment that taken out of context may seem predictable, yet the glow of excitement on her face asserts its genuine origins. With an ecstatic stint on the keys, reminiscent of her days playing with ‘The Slits’, Hollie finishes the song and leaves the stage, allowing General Roots the stage time they deserve to end the night. The evening provided a musical oscillation; a journey between her newer tropical-utopian-pop and her former dub-inspired entrancing works, each one crisply executed alongside her distinctly cordial charm.