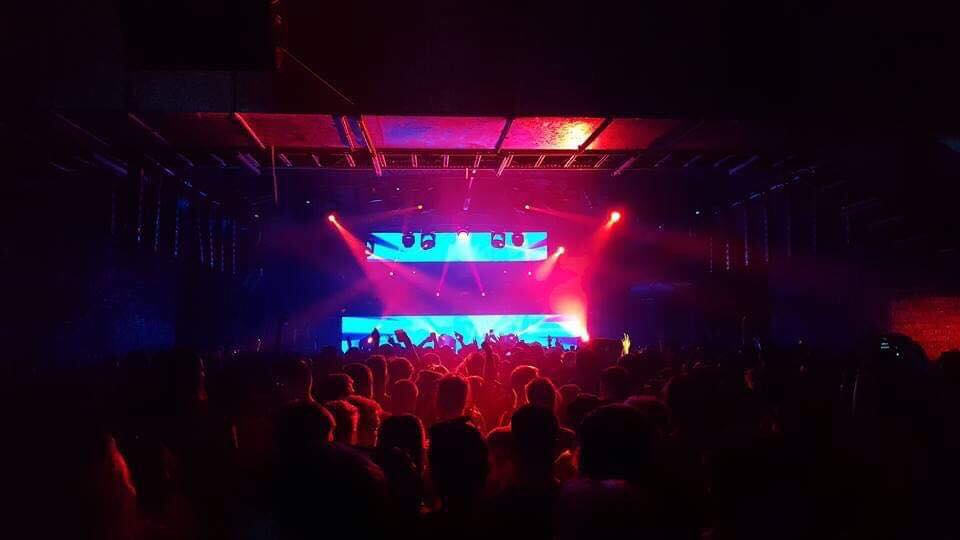 Written by Anja Samy on 22nd October 2018. Posted in Reviews

Honey Dijon’s set, at Annie Mac Presents at The Warehouse Project on Friday October 12th, was a skilfully crafted musical collage, which sampled well known soul, pop and rap tracks, all glued together by elements of house and disco.

Honey Dijon grew up in the South Side of Chicago during the 70’s and 80’s. Her passion for music began as a child, selecting soul, funk and Motown records for parties in her parents’ basement, and progressed alongside the birth of house music from disco in the very city she was born and raised in.

Honey’s effortless cool comes from her transcendence of the conventions and pretensions of the house music scene. “I play music vibrationally so people can feel good,” she explained in an interview with The Quietus, “I don’t care about playing some rare f***ing tune so that three guys at the back can nod to themselves at how clever I am. […] I am all about finding new records but I do not pontificate on it and I definitely don’t base my identity as an artist on it.” (http://thequietus.com/articles/24155-honey-dijon-interview) This philosophy makes Honey Dijon a mastermind of genre crossing and the queen of dance floor inclusivity.

It was incredibly busy at Annie Mac Presents, with a crowd a little on the younger side, which is to be expected considering the massive popularity of The Warehouse Project with students and the well known Radio 1 DJ headlining the night. But despite this the atmosphere never descended into a stereotypical student club vibe, instead it felt like people were there for the music and for a good boogie.

Honey Dijon set off her main stage set around midnight with an unexpected but sensational house remix of Beyoncé’s Déjà Vu and from then on it was clear anything was possible.

As pink lights shimmered across the LED panels around her, Honey brought up the bass and teased the crowd several times with a sample from the intro of Show Me Love, by Robin S, before dropping the crowd fully into this diva house anthem. From here, she transitioned through a bongo beat into a disco track with hints of a dancehall vibe you could really shake it to.

Not many DJs could take a crowd on such a journey, all within the first few minutes of their set, without it sounding disjointed. It is a true testament to Honey Dijon’s technical abilities and her deep understanding of the relations between genres of music, that none of the tracks sounded out of place.

What’s more, Honey seems to understand that DJ-ing is not just a performance but an interaction – she certainly knows how to work a crowd, playing with the volume and speed of the music, and switching things up just enough to keep people on their toes without throwing off their groove.

As her set became heavier the lights changed to match, going from shimmering light colours to bars of deep reds and then blues, meanwhile a haze from the fog machines built in time to a crescendo of echoes.

From here the beat became more driving and Honey once again worked her magic – seamlessly bringing in rap, followed by a voice clip, which I believe was from a speech by Martin Luther King jr. To top off this venture away from traditional house, Honey threw another curve ball by mixing in This is America by Childish Gambino.

Although Honey Dijon has never spoken directly about politics in interviews, her inclusion of the speech and this track could be seen as a nod to the current socio-political climate of America and the Black Lives Matter movement which the song references.

After ‘This is America’, things became a little more funky with the introduction of the iconic Superstition, by Stevie Wonder alongside samples of some sexy saxophone.
As unpredictable as ever, Honey then managed to seamlessly transition back to house with Ultra Naté’s Free, bringing in strings to create even more of a 90’s Ibiza feeling. With a high energy disco finale, Honey Dijon certainly made things easier for the headliner of the night, Annie Mac, leaving the crowd buzzing.

Honey’s set was in many ways a celebration of the music of black artists, dancing between genres from the past few decades right up to present day. This is particularly important in a music scene which, despite originally being based on the music of black, Hispanic and LGBT clubs, has become predominantly white, heterosexual and CIS-male. Through regularly featuring music from people of colour and her very presence as a black, trans woman, Honey Dijon revives the cultural history behind the house and disco anthems we love, while simultaneously making her own unique mark on the scene with her expertly executed genre-bending sets.