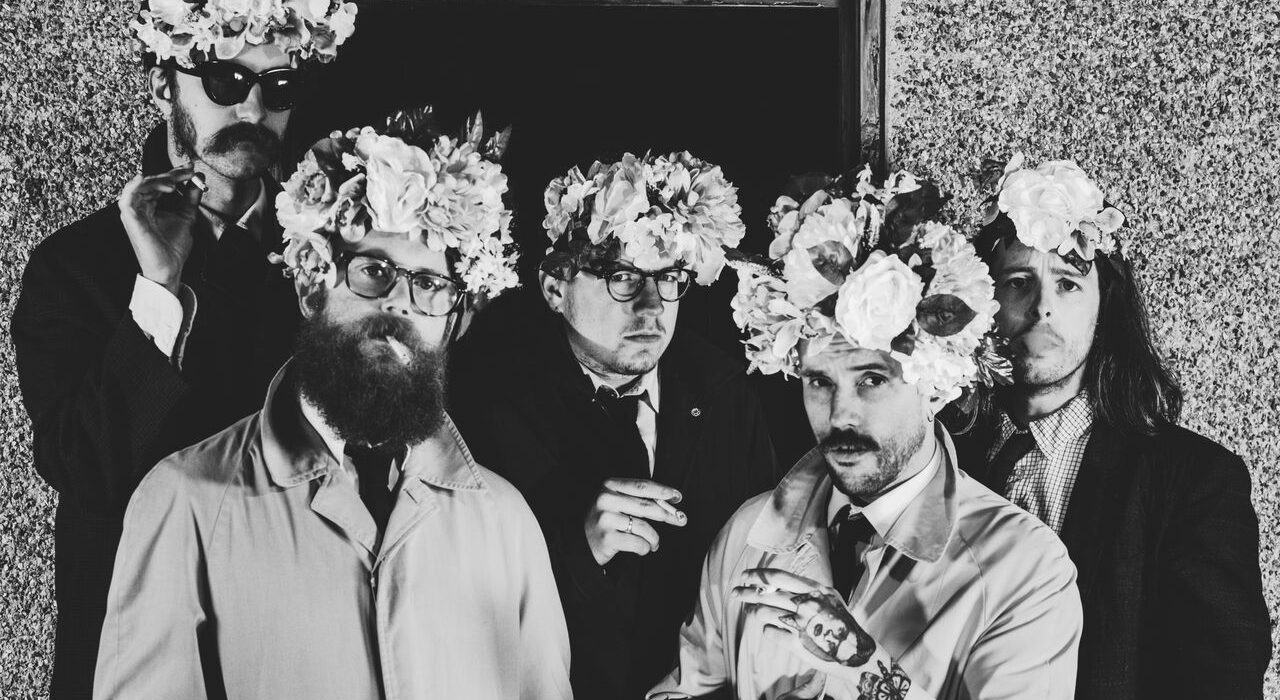 Live Review: IDLES at The Ritz

Written by Jacob Thompson on 2nd November 2018. Posted in Reviews

A friend of mine has the rather peculiar hangover ritual of writing Facebook poetry. These, at times come across as mad ramblings – a half-drunk students’ stream of consciousness. However, in opportune moments these poems can be a revealing window into the head of a man’s alcohol-induced state of vulnerability. Indeed, upon accompanying me to IDLES’ Manchester Ritz performance he wrote “Joe Talbot changed my life last night.” This remark was perhaps facetious; a frivolous quip slotted into a meaningless poem. After seeing the same performance however, I think he was deadly serious.

IDLES took to the stage. A sold-out room, awaiting, brimming with anticipation. Proceedings were then initiated. Dev’s lingering bass entered slowly, repetitively, like a Blitz air-raid siren. Colossus had begun. This is the band’s opening track from the marvellous album Joy as an Act of Resistance, and it carefully lulled the audience into a trance. Tensions rose. The guitars quietly followed. Anticipation was building. Frontman, Joe Talbot, almost in warning, began his bellow of “it’s coming”, sounding like a man possessed.  And then, it began.

A cacophony of noise; a vibrant rapture of pints and bodies flung across the packed room. All promises were actualised. Like a Jürgen Klopp masterclass or a Tarantino classic, this was organised chaos. And it was fucking brilliant. As they relentlessly churned through a string of belters, from the chimerical Never Fight a Man with a Perm to Brutalism’s Mother, it just got better and better.

Madness ruled the stage. Joe’s ethereal presence reverberated throughout the room. Guitarist, Bobo, a man with the appearance of Asterix at Woodstock, walked horizontally across stage, crab-like, whilst balancing his guitar on his head. His co-guitarist, Lee Kiernan, divided his time between head banging and crowd surfing. Dev, and drummer, Jon, wisely stayed on stage, aware of the need to keep such mischief on a loose leash.  The act was was egoless, and belonged not to one individual but to every member of the band. Each of them provided a spectacle in their own manner, whether through extroverted or introverted means. When it all came together, it was impossible to look away.

IDLES’ adopted mantra – “all is love” – was certainly reflected in the crowd; although at times it was rough and energetic, it never felt unsafe. There was a sense of unity and awareness-for-others rarely seen in a gig environment. Such sentiments were epitomised as Joe Talbot pointed the audience’s attention to representatives of ‘Safe Gigs for Women’, before playfully insisting that more women make their way to the front to “throw some elbows”. The almost malevolent riff of Divide & Conquer erupted, and an automated audience of men and women moshed in unison.

This concept of ‘unity’ was perfectly embodied, when members of ‘IDLES AF’, the bands most loyal group of disciples, were invited to the stage for the set’s euphoric crescendo. At least 50 fans contributed to a chaotic yet brilliant noise, some strumming guitars, others smashing cymbals, a few performing their best Bez impressions. It was cathartic – the band’s moment of gratitude to a loyal fan-base. Not only that, it was necessary. Idles are a band that unashamedly and openly explore taboos, whether it be depression, toxic masculinity or, god help them, Brexit. Through anthems like Danny Nedelko, Television and the fiercely pertinent Great, they articulate sentiments many of us feel but choose not to talk about. A hierarchy between stage and crowd is in turn redundant – we are tackling a similar mesh of issues.  Even if IDLES don’t promise an antidote, they create music that can be reflected upon, music that’s therapeutic as well as didactic.

Few bands neatly reflect upon a moment the way IDLES do, even fewer bands are as prophetic. With IDLES, gone are the days of ‘rock star’ stereotypes a-la Liam Gallagher. Behind a frontier of loud guitars and vocals there is music with sensitivity in abundance played by men unafraid of vulnerability, accepting of their insecurities. Perhaps it’s because of this nuance in their work that Joe Talbot feels the need to reiterate “we are not a F**cking Punk band”. Perhaps this is also why I think my friend was being honest when saying the night “changed” his life. It certainly changed mine. Indeed, IDLES at the Ritz will go down as one of the best performances I’ve ever seen, from the most important band in the country.