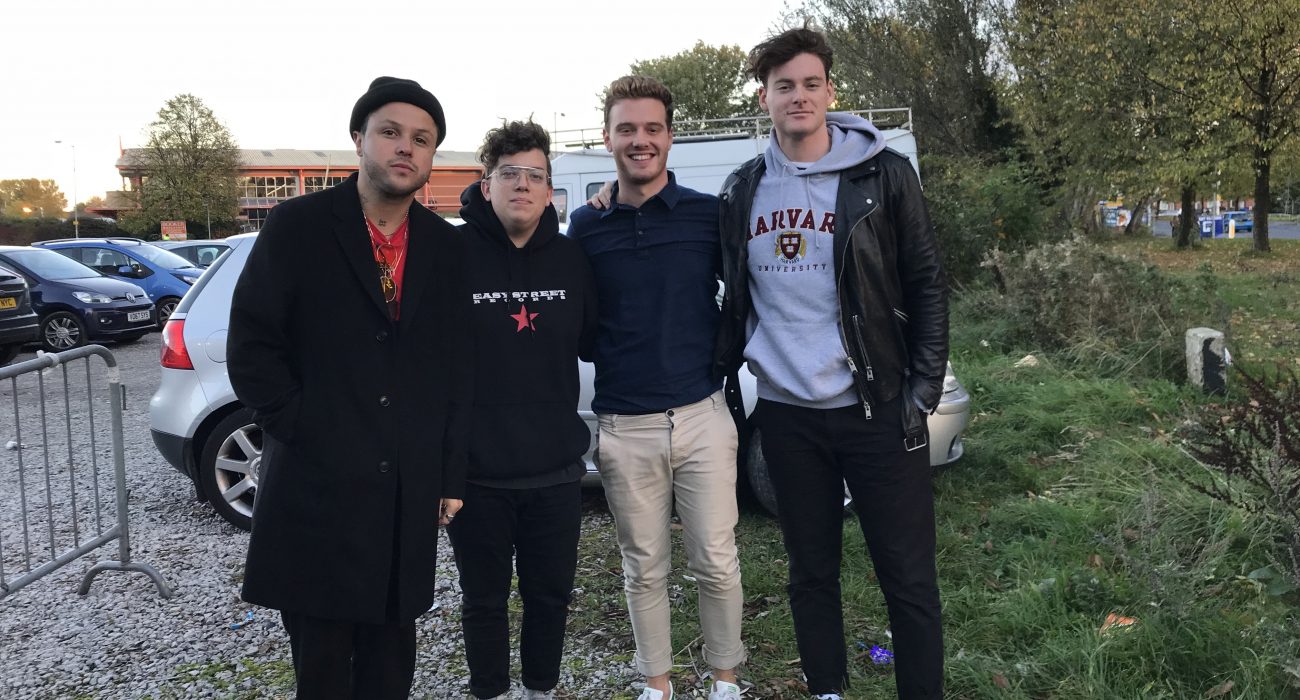 Written by Jacob Thompson on 19th November 2018. Posted in Reviews

“If we can bond with them as people, then the music will come second”

Sat round the table at the back of their tour bus, lovelytheband seem pretty content. After all, they’ve just come off of a sell-out headline tour of the US, have just broken two-and-a-half-million monthly listeners on Spotify and are beginning their support of Five Seconds of Summer on the European leg of a world tour.

But they seem pretty relaxed about it all, and conversation kicks off by discussing the McDonald’s they’d just picked up off the Stockport Road. “It’s much better here, for sure. It doesn’t make me feel like I want to die afterwards,” tells Mitchy Collins, the band’s frontman, as he drapes himself over the bus’s jet-black leather sofas.

And this sparks debate, in fact. Drummer Sam Price, with long fizzy hair that suit his eccentric scientist glasses, perks up in his chair: “Real talk! You guys have the best sweet chilli sauce. Plus, I didn’t even realise that my drink didn’t have ice, or my fries didn’t have salt!”

The mood they’re giving off is one of comfortability; they seem just as worried by the contents of their lunch as they do by the prospect of opening for Five Seconds of Summer. And now, having just arrived in the northwest after two dates in Scotland, lovelytheband are now preparing for almost four weeks on a European circuit: from Manchester to Milan, Madrid to Munich. “On this tour, when we have days off, we’ll be able to see quite a bit”, guitarist Jordan Greenwald says with an air of anticipation in his voice. “Usually, we don’t get to see much of the cities, but we are excited particularly to get involved in the UK culture.”

After the success of their headline tour Broken Like Me, covering the length and breadth of the United States, lovelytheband – with their spangling guitar riffs and glitzy earworms – now play second fiddle to one of the world’s biggest bands. “It’s definitely different to playing your own show,” Greenwald says. “Having come off the back of a headline tour for a month-and-a-half, the first show back is a switch back into ‘support mode’. For example, we don’t have any of our own lights and the fans aren’t there specifically for us, so we find we have to win people over.”

The strategy of how to win over a new crowd is discussed among the four of us. Mitchy Collins tells: “I found that, for example with lights on your own tour, you can use them to your artistic advantage. When you have just a wash light on just us three members of the band, you really have to ‘bring it’ for a half hour.”

Prince interjects with a drummer’s perspective: “I found I used our lights as a crutch – I wouldn’t have to go all out 1000% for every second of the show as we had our own strobes and big moments of black-out, so you can kind of let that speak for itself. I have to change the way I perform as a drummer, I literally have to flail my arms more!”

A queue of young girls that stretches as far as the eye can see is now growing around the venue, just meters away from where we speak, and the faintest activity in and out of their bus prompts everything from chatters to screams. And it seems lovelytheband, who’ve previously been criticised for producing no more than ‘manufactured pop’, are incredibly conscious of the responsibility their song-writing has.

Prince expresses this: “If we can bond with [our fans] as people, then the music will come second.” Song-writer Collins jumps in: “This record is just what I felt I had to write at the time and the product of what I needed to say. Thankfully, we’re fortunate that we can help other people through our songs and that our fans are able to connect with it and find solace in it – that’s special.” 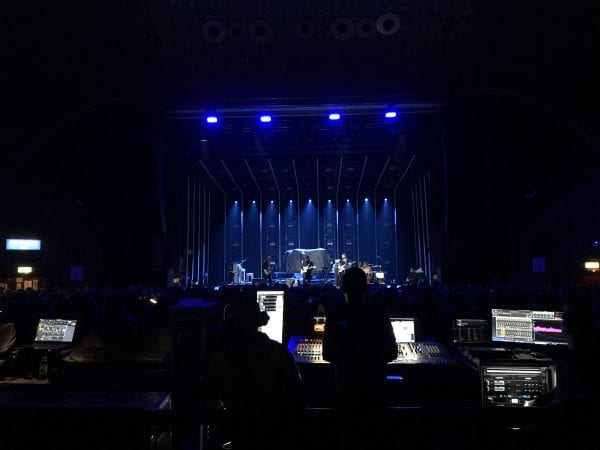 And the LA-born trio make clear, on numerous occasions, their respect and admiration for Five Seconds of Summer, who invited to join them on this tour. From performing a near-pitch-perfect cover of every teenage girl’s party anthem ‘Mr. Brightside’ in an attempt to rouse the audience for their successors, to the open admission that they’re certainly not the main-event: “The general nature of seeing a new band for the first time means that you might not fall in love with our music right on the spot,” tells Greenwald. “I think it’s more about working out ‘Oh, do I like this band?” and then they’re likely to check us out. We realise they’re not all here for us.”

lovelytheband open their thirty-minute set with ‘Make You Feel Pretty’: bright track with an impossibly catchy hook, before ‘Broken’ – what Collins describes as the band’s mission statement. “It’s all-encompassing of who we are. It’s the [song] that, if someone asked how our band sounded and what it stood for, I’d show them Broken – it represents us both lyrically and musically.”

This further emphasises the clear onus they’ve put on themselves to deliver music with a punch in its message: “[This record] is all the s*** that I probably should have dealt with earlier in my life, imported into sixteen songs,” Collins continues. “Its impossible to not feel them as I sing them – and I want that to come across.”

“The most courageous thing you can do is ask for help,” Collins preaches to the sell-out crowd of teenagers before signing off with ‘Broken’, that gets everyone singing in unison. Lovelytheband have sparky verses and catchy choruses that will entice you in, indeed their jovial stage presence might sell you a show, but the message in their music is what’ll keep you around.