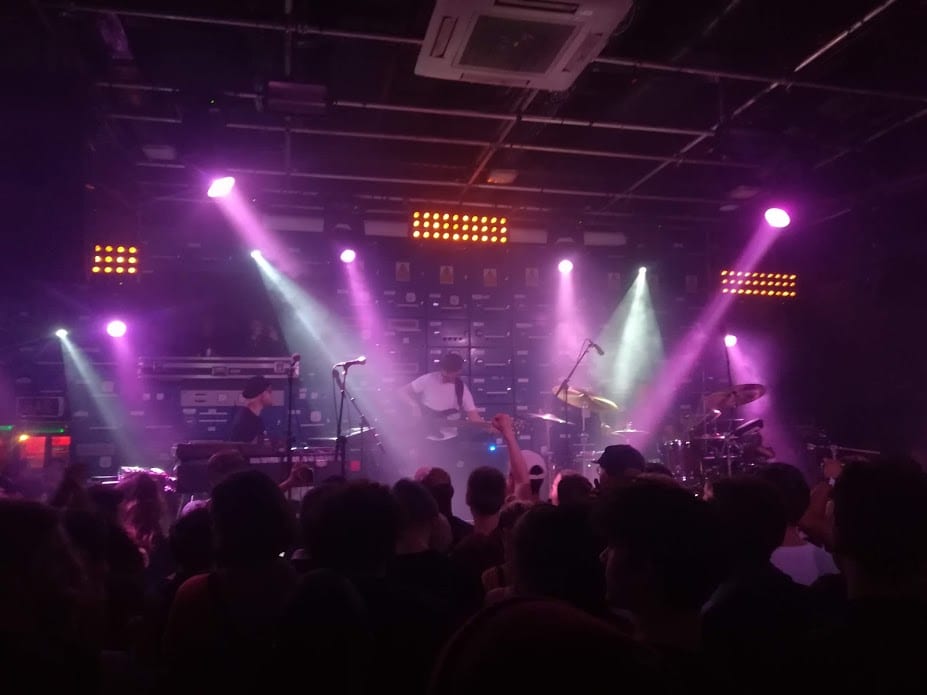 Written by Mia Edwards on 16th November 2018. Posted in Reviews

It is unusual to enter a concert and be greeted by a completely silent room. At first, I thought the first act hadn’t started yet and the crowd wasn’t feeling very talkative after a busy Tuesday. Then the ethereal sound of Madison McFerrins voice filled up the entire space under Gorilla’s industrial railway arch. As more layers of her voice appeared, I realised she was using a loop pedal to create acapella melodies over which she would eventually sing. The crowd were encapsulated by her ability to craft her tracks with her voice as the only instrument. It would be easy to think that she was performing with multiple performers if I wasn’t watching it live. She also included the crowd and set a nice buzz for the rest of the night. It was a much-appreciated start to the evening and brought a soulful female twist and a new discovery for me. She’s an artist I will be following from now on.

Next up was the main event, Kamaal Williams: with Henry Wu on the keys, Josh McKenzie aka McKnasty on the drums and Pete Martin on Bass. From the first few notes I could tell these three were going to work well together and I was excited to hear what was in stall. The crowd was quickly whisked into motion with fast paced drum beats and skilled keywork. This would be the theme for the first half of the performance: a jazzy fusion that people couldn’t help but dance to.

There was a clear artistic relationship between Henry and Pete, they seemed to be challenging one-another with high intensity, pushing the speed and complexity of their sound to a high energy crescendo at multiple points. Around half-way into the performance a repetitive loop was played on the keys, blending jazz with house music. It’s something I haven’t seen live before and by body noticed before I did. I found myself dancing with a two-step, thinking that this wouldn’t go too far awry in the second room of bona fide techno night.

With that in mind, the performance was not fast paced throughout, with a guest appearance from the Manchester based duo Konny Kon and Tyler Daley, otherwise known as Children of Zeus. They managed to incorporate singing into a performance which I was expecting to be strictly instrumental. With hip hop and soul influences, the crowd certainly sounded impressed.

Next up on the stage was Mansur Brown, he was a welcome addition to the stage. He brought a mature, dignified prescience with a calmer flow compared to the start of the set. This worked extremely well and introduced yet another dimension to the performance.

There was many members and a high amount of energy on stage – each member had different vibe but it came together in the music, giving a multi-faceted performance that I’m very glad to have seen.