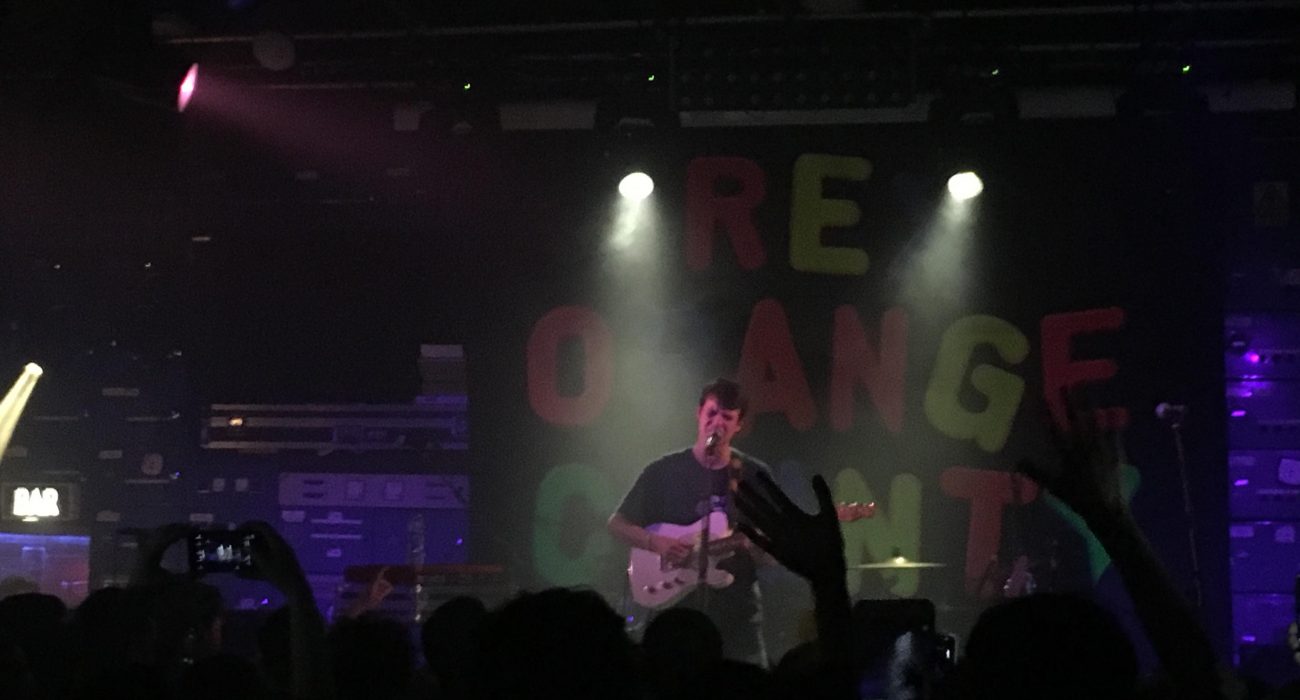 Written by Hannah O'Gorman on 1st March 2018. Posted in Reviews

The sold out Rex Orange County gig at Manchester’s Gorilla definitely lived up to expectations.

Rex Orange County, otherwise known as Alex O’Connor and is one of 2018s most exciting new artists. The release of his first two albums bcos u will never be free and Apricot Princess have set the bar high; the gig did not fail to deliver the slickness and charm of the records.

The set was very short, but effortlessly cool and laid back. O’Connor impressed by accompanying his own singing regularly on the keyboard and guitar. The whole gig had an air of relaxation about it. He switched from instrument to instrument and graciously said “thank you” after every song.

A mixture of his first two albums, O’Connor’s songs really brought the crowd together. Picking up the energy with songs like ‘Never Enough’ and ‘Best Friend,’ which induced energetic moshing and some dancing on shoulders provided the gig with excitement. Whereas he also really toned it down and introduced the slower paced tracks such as Corduroy Dreams and ‘A Song About Being Sad.’

A definite credibility moment was when when he asked audience members to put down their phones and just enjoy the music. It was easy listening and one of the most laid back performances I’ve ever seen. O’Connor switched instruments and chatted into his songs effortlessly. He sounded exactly like the studio albums and you could just tell that he is a genuinely talented guy.

‘Sunflower’, ‘Loving is Easy’ and of course, ‘Uno’ reflected the loyalty in this fanbase; the crowd was word perfect. He was very humble and the trumpet and saxophone players had impressive, individual solos. As well as this, he brought out his girlfriend to sing some stunning vocals during the set. It wasn’t self indulgent at all.

The gig ended with ‘Happiness,’ bringing with it an explosion of energy and screams. Much to the fans’ disappointment, cries for “One more song!” at the end were ignored.

Short, sweet and simple, just wish the set had been longer.