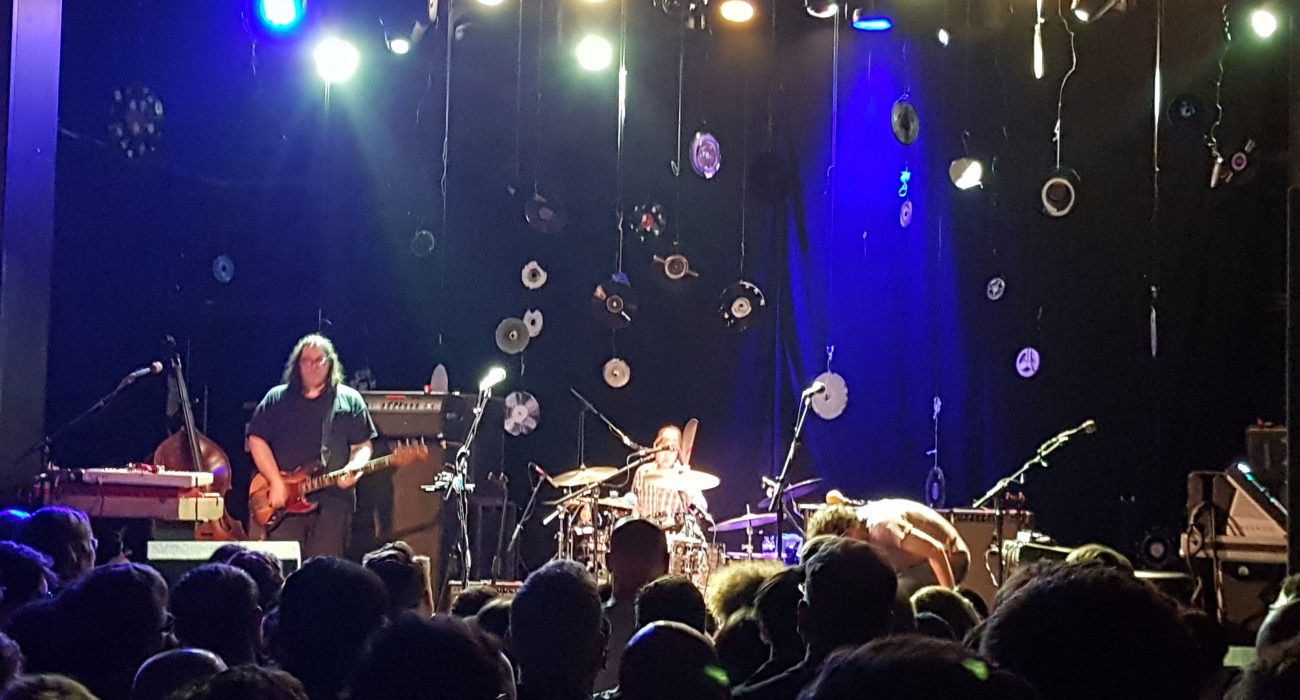 Written by Hannah O'Gorman on 7th May 2018. Posted in Reviews

Much like the most recent Manchester derby, Yo La Tengo’s gig at Academy 2 was a game of two halves.  Known for their massive discography and devout cult fandom, they attracted a savvy, locked-in crowd for their gig at Academy 2.  They ran with a double set with no support acts, opening up with an ethereal collection of songs from the more folky, psychedelic side of their catalogue.  The venue suited this aesthetic well, and the way the hushed guitars and double bass timbres of tunes like ‘The Crying Lot of G’ reverberated around the vast space was a real treat for the ears.  Dream-pop number ‘Nowhere Near’ was a standout moment of the night, enrapturing the crowd with its subdued beauty and Georgia Hubley’s delicate vocals. They closed the first set with ‘Here You Are’, a cut from their new record ‘There’s a Riot Going On’, which sat comfortably alongside older material, proving their music has lost none of their vitality over the years.

A short interval separated the two sets, and as punters topped up on pints and snuck outside for cigarettes, Yo La Tengo dusted off their distortion pedals in preparation for a much harsher second set.  Ira Kaplan swapped the whispered vocals of the first half for screeches and yelps set against walls of guitar feedback, chugging drums and zany keyboard motifs. ‘False Alarm’ from 1995’s ‘Electr-O-Pura’ was one such tune, and a timely reminder of the band’s vital place in the 90’s alt-rock ecosystem.  As the set drew to a close, the krautrock and shoegaze stylings of fan favourite ‘Sugarcube’ ignited the Academy with a maelstrom of abrasive guitar licks.  During the encore Kaplan told the crowd he would ‘‘honour the city’s musical heritage’’, and despite a few tongue-in-cheek calls to cover ‘Wonderwall’ from some members of the crowd, they opted instead for ‘Dream On’ by Herman’s Hermits.  There is a reason why Yo La Tengo is probably your favourite artists’ favourite artist, and why they have always been a staple of nerdy conversations in record shops; with an expansive back catalogue and a stonking live show to boot, its hard to see their relevance waning anytime soon.