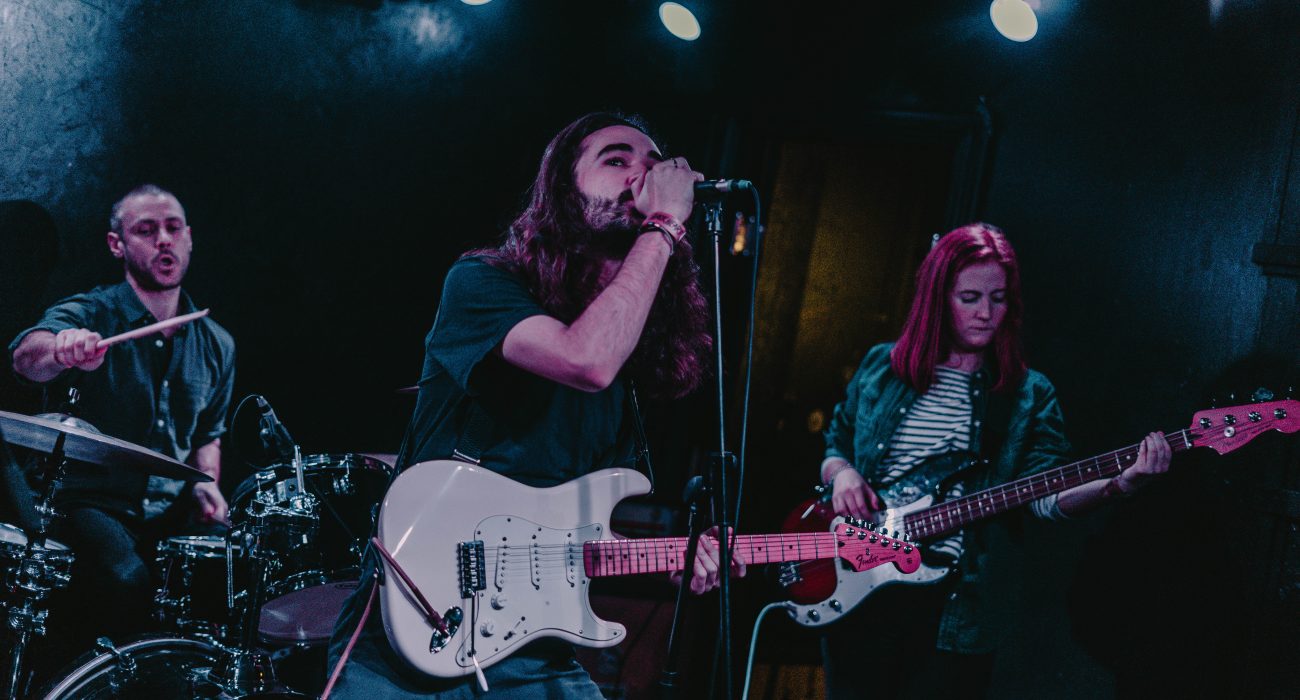 Written by webeditor on 21st May 2020. Posted in Arts and Culture, Events, Music

This week I had a listen to the second EP of The Strange Days – titled “Music For Pleasure”. A gritty indie-garage band, formed by frontmen Declan and Ash, self described “wart-covered stalwarts hailing from the bosom of Brexitland”. Patrick and Isabel joining them on drums and bass, the band draws inspiration from artists such as The Strokes, IDLES, and The Clash to create a punk/indie sound. They have impacted the London live scene, having gigged at venues such as The Hope and Anchor and The Dublin Castle, and will be hoping to gig more across London ‘post corona’.

High energy rhythm, driving riffs and a refreshing vocal style manifest as a sense of controlled mayhem, which give this EP a certain edge, whilst maintaining elements of danceability, and staying true to some of the good vibes we’re used to in indie rock and pop. It’s clear that punk is a big influence for the EP, and it really comes through on “Cold Shoulder” and “Why Would You”. Some great melodies and heavy drums give these tunes a fantastic feel, which could be described as a Libertines-esque blend of punk and indie, whilst maintaining a true sense of individuality.

I really like the vocals on all the tracks, especially on “Skiffle”. The vocal style reminds me of Bowie on this one in all the right ways, and the blending of the vocals and psychedelic guitar lines really give it a refreshing sound. I’m a big fan of the drums throughout this EP, thunderous rhythms really drive the band when demanded, but a good dynamic control helps give the songs variety and build. The bass locks in well and chugs along to form a heavy, driving rhythm section.

Overall, this band shows real promise in the current music landscape. Their upbeat punky, but indie sound has great appeal in the live scene at the moment. A Jim Morrison-meets-Bowie vocal style, edgy and catchy guitar melodies with a psychedelic twist, and thumping drums and bass give this garage band something else. This EP, recorded in a bedroom, also showcases their dynamic range, meaningful lyricism and musicality.  Their EP, “Music For Pleasure” is out in July // and is definitely worth the listen.