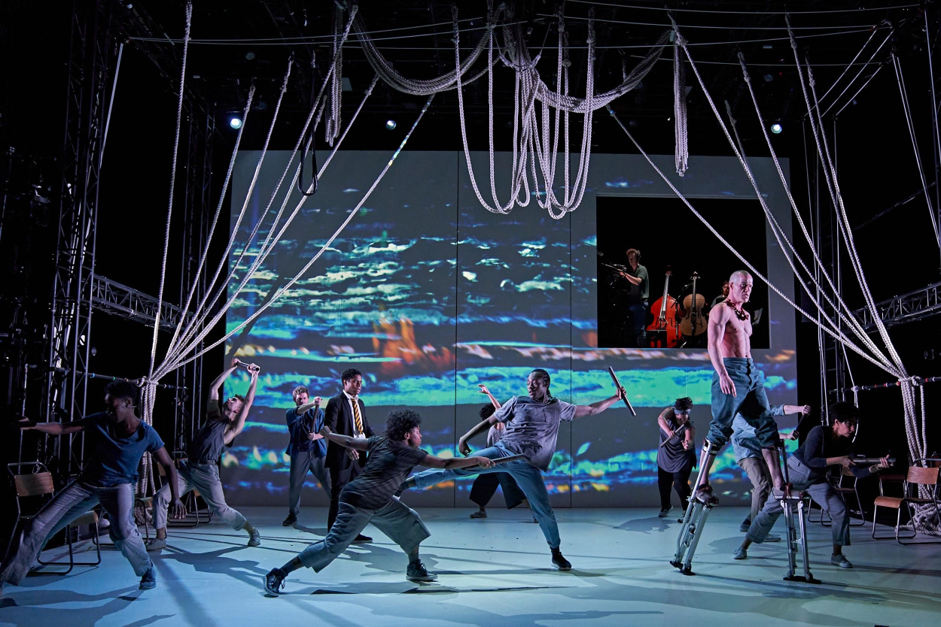 Review: A Monster Calls at The Lowry

Written by Mia Edwards on 5th March 2020. Posted in Arts and Culture, Reviews

Having read Patrick Ness’s acclaimed novel of which the play is based on, watched the 2016 film adaptation and gushed on countless occasions to my peers of the sheer emotional overhaul both had put me through, I can’t say I was surprised that at the end of director Sally Cookson’s stage adaptation of ‘A Monster Calls’ that I, amongst a significant majority of the Lowry’s audience, was sobbing uncontrollably and left with a distinct compulsion to ring my parents and tell them how much I loved them.

A Monster Calls has earned the reputation it so well deserves for its raw and brutal emotional honesty at dealing with the all-consuming grief that comes with having a terminally ill parent. But it also teaches the audience so much more than just devastation and loss – it reflects on morality and confronting your worst fears and emotions, and what they say about ourselves and our own ‘truths’. The play goes beyond the limits of what the book and film versions could achieve. From the beginning of the performance, the all-white stage set provides a striking blank canvas for the cast and crew of A Monster Calls to paint their story. Sally Cookson wonderfully uses the simplicity of props such as a row of school chairs and a long strand of thick rope to elegantly create the world in which it is set, the latter prop being used alongside the formidable acting of Keith Gilmore to depict the illustrious ‘monster’.

I must confess, it took a little while into the performance to settle into understanding the vision of the play and visualising the storytelling properly, but this could be due to the complete uniqueness and novelty the play afforded as being unlike anything I had ever seen before. Alongside the striking visual elements, the stage was accompanied by the musical performances of Seamus Carey and Luke Potter, using music composed by Benji Bower, who were visible in an open window in the top right of the set. Indeed, another simple but striking move from Sally Cookson that allowed the haunting acoustic, instrumental and electronica music to perform as additional characters on the stage that could commandeer the audience’s emotions as intensely as the rest of the cast.

The cast deserve high praise for their mighty performances, of considerable mention are that of Amar Duffy, who played 13 year old Connor, and Kaye Brown, as Grandma. Both roles were executed with excellent passion and when together Duffy and Brown excelled in conveying the emotional fragility of their respective character’s dynamic. The stunning choreography and dynamic movements of the ensemble cast further bolstered the quality of the entire performance in providing seamless transitions of Connor’s daily life.

Ultimately, the power of the performance to evoke such emotional reactions in the Lowry’s audience is true testament to the dazzling production Sally Cookson has created. Although the finale was as heart-breaking as its film and book predecessors, it also provided a cathartic experience in cherishing the strong human connections and relationships we form in life and the power they provide in what it means to be human. For these reasons, I would recommend this play to anyone of any age.