Written by Mia Edwards on 13th April 2019. Posted in Reviews

When I got off the train at Ainsdale, a small seaside town north of Liverpool, I did not expect to be greeted by German accents. I was wondering why they had come all the way from Germany to a windy and rainy Pontins holiday park on the north west coast of the UK. I soon found out the reason; they, and many others (from Spain, Malta and even L.A) had come to pay homage to the neo-rave extravaganza that is the Bang Face weekender. 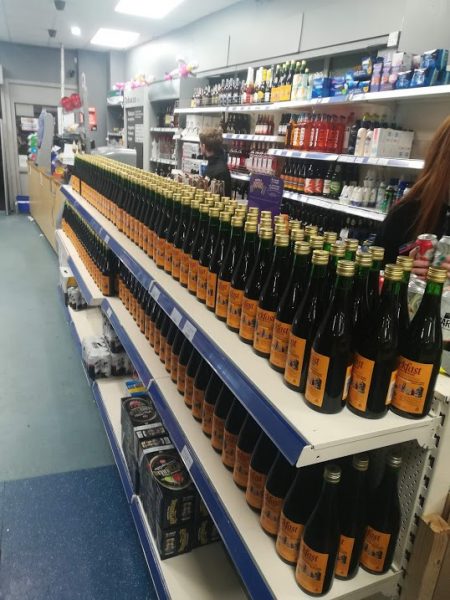 A shelf at the on-site Nisa local.

The uniqueness of BangFace was noticeable from the start, many of the ravers, known as the ‘Bang Face hard crew’ wore T-shirts and held papers with tongue-in-cheek slogans on them (see picture below).  Bang Face takes itself way less seriously than your average techno or jungle night, the mix of ravers from different scenes and the general open & friendly vibe made me feel completely comfortable, despite going on my own. 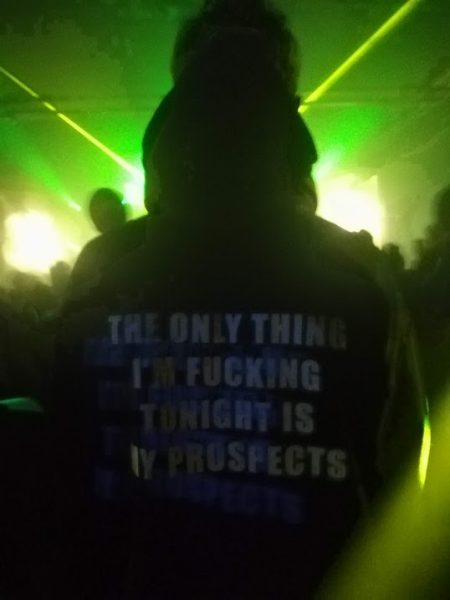 The effort put into the back to the future theme was obvious, with references to all things sci-fi, I saw costumes like Mr. Meeseeks from Rick and Morty, a whole gang of flying saucers, and even the full model of a Delorian with two guys dressed as Marty and Doc. My favourite costume was someone dressed as an 8ft oblong painted completely black – I thought it captured the absurdity of a sci-fi themed mega-rave in a Pontins holiday park. 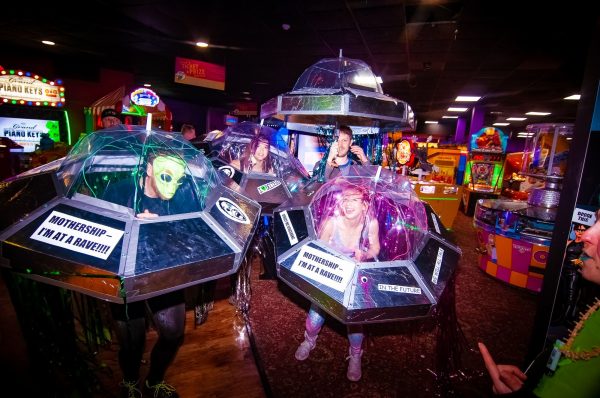 From old school acid house to hardcore gabba and everything in between, Bang Face is celebration of electronic music culture from its beginnings to today.

I spoke to some of the stewards about what they thought of the weekend, they said that they look forward to it despite the noise. The chalet set up was another feature that set it apart from your average festival, after a certain time, they became mini-parties with an open door policy. 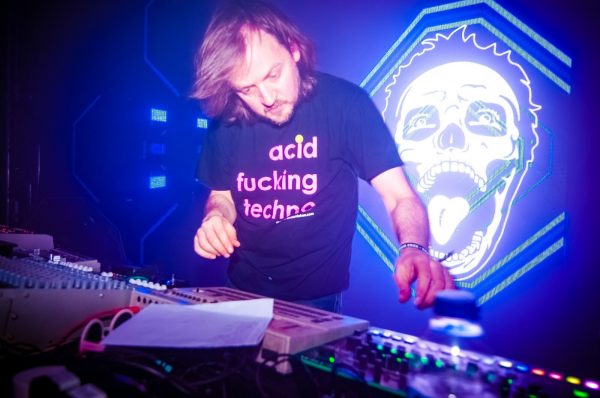 I wouldn’t be surprised if people start following the Bang Face Pontins rave model.  I wasn’t there in the 90s but I think that’s what was achieved with 21st century technology, you could be forgiven for feeling transported to an earlier era of rave if it wasn’t for the memes flashing relentlessly during some of the sets. 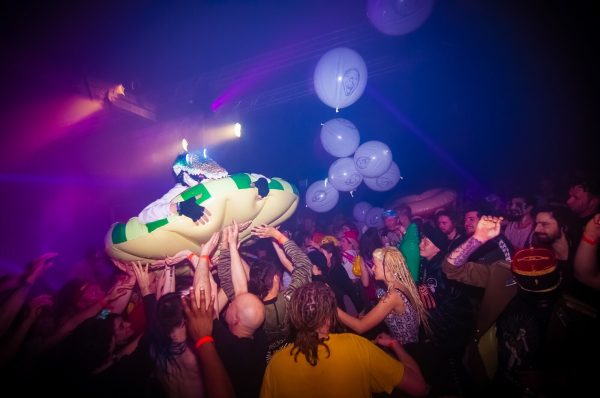