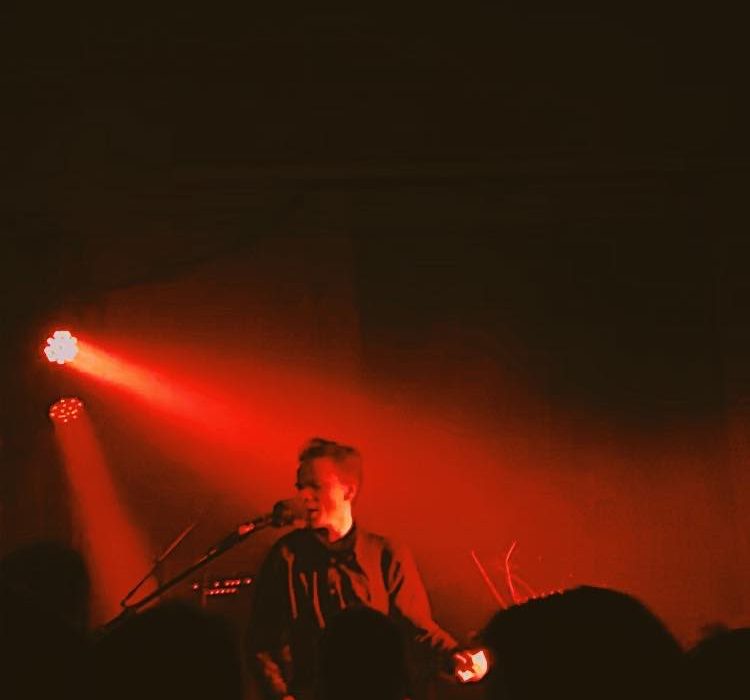 Where to even begin?

Black Midi continue to strike awe, shock or confusion (sometimes all 3) in the eyes of those who witness their mismatch of genres, styles and eccentric vocals. However, without fail, they consistently attract cult fans to their sold-out live performances and paved their own entrance to the Mercury Awards as freak underdogs.

Defying all expectations, utterly uprooting any genre boundaries and possessing a confident and unapologetic attitude of how they would much rather be considered “terrible than middle of the road”. Black Midi are undoubtedly one of the most fascinating musical projects of this decade. I do not often find myself with very few words after seeing a live act, but the very core of Black Midi is simply transfixing.

With Black Midi performing at one of Manchester’s most authentic and strange spaces, the infamous ‘White Hotel’ in Salford, it first appeared that the London-born band couldn’t have been hosted at a better Northern venue. Without uttering a single word, the peculiar, oddly matched quartet strode upon the raised platform to a sea of bellowing male cries. The crowd was mostly male with the occasional female, but I was surprised to see so many older people had gathered. I would have imagined most ‘dads’ would have harnessed the response of “what is this racket” or banning such noise from the household.

Despite a few technical issues with mics which undoubtedly were exacerbated by the fact that the venue decided to add a makeshift tent to one side of the stage which allowed the music to flow out rather than resound off the dingy walls, Black Midi firmly held their own and grasped every gaze of their onlookers in the packed out intimate ‘DIY’ space.

Not even half a minute into their first song ‘Reggae’, their compelling drummer Morgan Simpson tore the shirt from his chest with a single arm motion before slamming back down on his seat and kicked things off with Midi’s entrancing back beat. Simpson is unlike any other drummer I have ever seen. Perhaps it is very easy to cast the drummer in a band aside with their positioning on stage and arguably lack of ability to move but boy does Simpson rip this status quo to shreds. In fact, Simpson is the driving force of the entire band displaying potent and raw energy without so much as a quiver out of line.

Black Midi flickered between tracks from their experimental, hair raising debut album released earlier this year to volatile outbursts of guitar interludes creating an atmosphere likening the audience to mere observers of a jamming session.

For such a long time, I’ve waited for an age defining act that will outrage as much as inspire its successors just as Zeppelin and Bowie did… Black Midi might just be it.