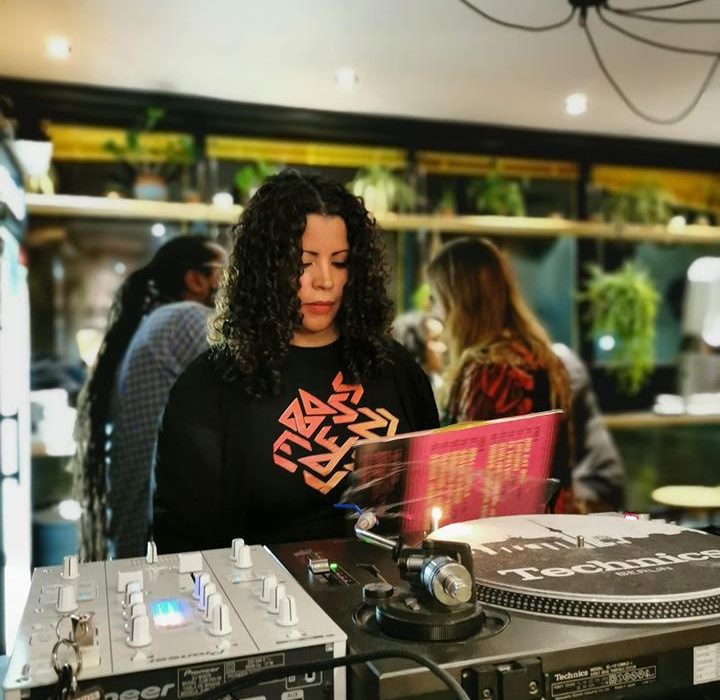 By Head of Arts and Culture, Saoirse Akhtar-Farren

This Saturday evening, Lisbon met Manchester, in a collaboration named ‘Blend x De Rumba’ which certainly brought the much needed heat to Manchester.

Boiler room DJ and producer PEDRO upon his first visit to the UK, was supported by Idania Borero-Knight, also known as Miss Puerto Rico, in a vibrant and creative set that explored the depths of modern Latin rhythms, and Afro vibrations.

Blend x De Rumba was hosted at YES bar in Manchester, and it’s three alternative floors were ram packed as per usual Saturday night. Nobody had any intention to have a deep catch up with a friend; indeed, groups, singletons, and couples appeared to have only one thing on their mind – to boogie.

Beneath the enthralling chaos of the YES atmosphere, Blend x De Rumba took their stage in the basement room, and literally brought the steam rising off the dance floor.

As the sound of ABBA ‘Voulez Vous’ drowned out behind me and the rhythmic latin carnival notes pelted the entrance door, I made my way into the Basement where I was transported back to Nottinghill Carnival, but in completely the wrong outfit.

For half of the time I was envisioning myself dancing on the stage of Channel One with Miss Puerto Rico sounding the tunes behind me and feeding the good energy to the crowds.

However, when I did zone back into the Basement room of YES I was aware that no one else was sweating as much as my friend and I. In my opinion, the crowd unfortunately lacked the energy for such chest bumping music. Nonetheless, Blend x De Rumba managed to cater for both crowds, setting the scene for an upbeat social event with smaller shimmies and friendly catch ups by some.

Miss Puerto Rico and PEDRO moved in rotation. They also demonstrated great communication by producing their sets with similarities which enabled flow and a smooth transition, but still maintained a recognisable identity within their own sets that was clear for the audience to hear.

Miss Puerto Rico played more with niche but also iconic, latin sounds and dancehall bangers, whereas PEDRO teased with Techno beats and Hip-Hop lyrics that he integrated thoughtfully into the exotic rhythms of his set.

San Juan-born Idania Borrero-Knight, now based in Manchester, is a breath of fresh air to Manchester’s predominantly Techno/House and Drum ‘n’ Bass scene. Miss Puerto Rico has an inspiring music taste, and with no shame, I did try to shazam much of Borrero-Knight’s set. My only success story was one track called ‘Bum Bum Tam Tam’ by MC Fioti. Nonetheless, this tune was one of many that flirted between Soca, Merengue and Calypso sounds, as well as Baila Funk and Kuduro.

As ‘CULTUREPLEX’ poignantly states, Borrero is a “purveyor of PanLatin and Afro vibrations”. PEDRO is acclaimed as currently one of “Lisbon’s Most exciting producers”, who’s youth was largely influenced by the styles of Tarraxo, Kizomba and Kuduro. Such genres as the above have enabled PEDRO to distinguish his name at the forefront of Lisbon’s electronic revolution.

Similarly to Miss Puerto Rico, PEDRO works with a dynamic and malleable framework of music that crosses time, borders and cultures, but maintaining one similarity across all genres, ENERGY! All in all Blend x De Rumba was a huge success.

What is apparent is that Manchester as a whole is only beginning to experience such musical compilations. Nonetheless, DJs like PEDRO and Miss Puerto Rico are establishing their name in the Manchester music scene. I fortunately got to see them in a much smaller and intimate venue, but in five years time I doubt this will be the case.