I arrive at HOME theatre unaccompanied. As it so prevails, this is a courageous act: I am not to know that the next 90 minutes (without an interval to to gather your thoughts and smile meekly at other spellbound strangers) will penetrate the psyche in a manner that will incite me to ponder loneliness like never before. There are moments throughout the performance when I crave the company of a friend beside me to counter its intensity.

For ‘I’m a Phoenix, Bitch’ is a theatrical insight into the loneliness to which humans are most averse. Bryony Kimmings first appears running from a monster (played also by Bryony Kimmings). She comically switches from beast to victim, transitioning rapidly into a scene detailing her background as a free-spirited autobiographical performer. The disorientating speed of these changes reflects the light chaos of her mind, the disintegration of which she portrays with a unique rawness and sensitivity. In her one woman show, Kimmings outlines her younger, carefree years in which she wore garishly sequined dresses and donned her signature white-blond hair. She performs a humorous musical number about her frantic approach to men. The stage contains 4 large heaps, the contents of which are concealed by white sheets. After she explains that her therapist has introduced her to a process called ‘rewinding’, the sheets are unraveled to expose important scenery and props that she uses to narrate her story. The most significant of these props is the cottage that her and her ex-partner moved into before starting a family.

Ultimately, this is a story about motherhood. Kimmings uses a small camera to explore the cottage, the projection of which is shown on the large wall of the stage. Throughout the show, visual illustrations of her psychosis -induced visions are projected onto this screen. The play comes with a trigger warning: this is needed. Clever visuals coupled with hair-raising sound effects induce the experience of inhabiting the mind of someone who is processing the illness of her newborn whilst living in isolation.

Kimmings’ monologue introduces viewers to the agony endured by parents of children with special needs. Her guilt throughout is manifested in her attempts to record advice to her child: a child that she dreams might one day be able to understand her words and intentions. This message is an important one: the plight of mothering a child with health issues is one that hopeful parents avoid considering as a possibility. Elements of the play are also an ode to the NHS staff’s invaluable treatment of her baby. This is a pertinent message to the audience of today (“F*ck the Tories”, Kimmings mutters), and the warmth of the hospital staff members stands in stark contrast with the seclusion that she portrays throughout.

It is clear that for Kimmings, the performance process is cathartic. The emotions that she presents are raw. She is not imitating a past version of herself; she enacts the pain that berates her still, and that she is learning slowly to accept and even love. Her honesty evokes an intimacy between performer and audience that is as chilling as it is touching. She trusts us with her story. At the play’s close, Kimmings merits the standing ovation. She stands alone on stage and addresses us, her listeners: “I hope that you’re OK.”

I’m A Phoenix, Bitch is a story about being strong. When you have the courage to share pain with strangers, they become your friends.

As I reach for my coat, the woman sat next to me – once a stranger – looks at me and says, “Now that is how you do therapy.” 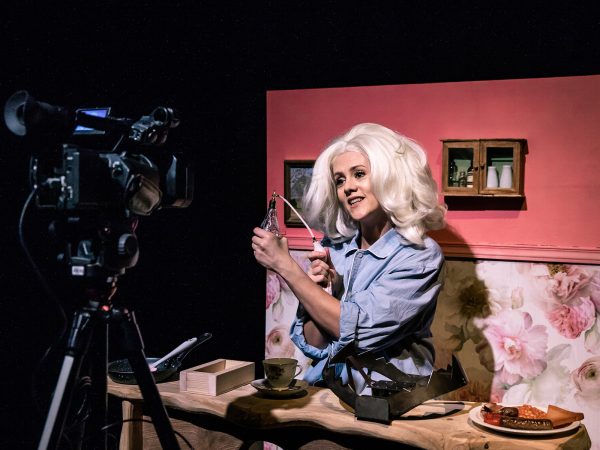 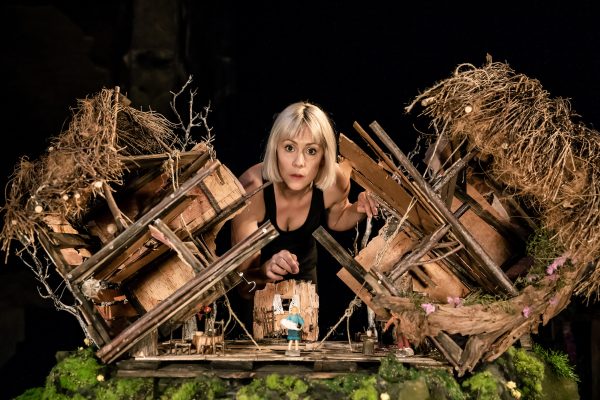 I’m a Phoenix, Bitch Production Photos
©The Other Richard