Written by Mia Edwards on 16th April 2019. Posted in Reviews 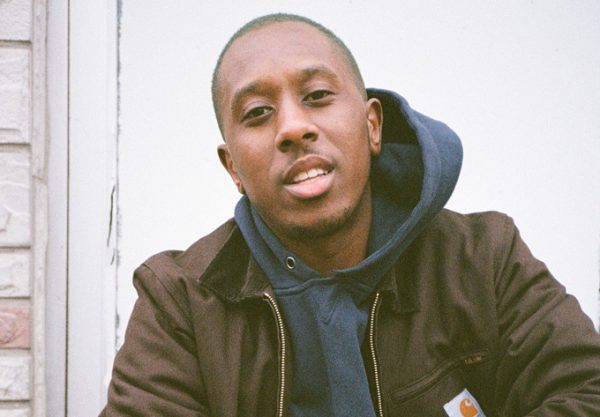 Last week in the basement room at YES, MorMor played his first show in Manchester, and proved that he is an artist of breath-taking versatility and control.

Toronto musician Seth Nyquist, aka MorMor, is something of an enigma. An enigma whose music some reputable sources have labelled “psychedelic indie-pop”. I have no idea how MorMor might feel about that categorisation, because I didn’t get a chance to ask him after the show, and even if I did have the chance I think there’s other things I would rather pick his brains about. Personally I’m not so sure there’s any mishmash genre bracket that can really contain him: his music straddles genres and styles effortlessly, often within the space of a song. One thing is certain though: last week he played a set that was so eclectic, so present and full of feeling –  that it felt like something of a revelation.

For some reason, I and most of the people I know seem to be completely unable to arrive in time to see support artists. I’m not sure what the reasons for this are, but seeing acts like Duendita make me fear that we might have been missing out on a whole lot. Duendita’s music is really one-of-a-kind; filled with tender moments of warmth and genuine feeling. Her deep and jazzy range was textured with a voice that felt somehow joyous and melancholy at the same time. In fact it felt like a lot of things all at once. Duendita used a small vocoder to explode the boundaries that should normally contain the human voice.  In the course of one song “baby-food”, her singing evolved from a bass-coated baritone to a rapidly clipped falsetto that made it sound as if she was being recorded through the engine of a 747 – it actually sounded great I promise. The other band members both blended seamlessly into the mix, providing off-kilter drum patterns and atmospheric synth melodies to accompany Duendita at the centre of it all – an artist totally and gleefully her own.

Then came the break in between, and a moment to savour one of YES’s £2.95 pints (a beverage sensation more than deserving of its own review). MorMor’s band came on stage and started easing in to the first bars of the shimmering, airy “Whatever Comes to Mind”: one of the tracks on his debut E.P Heaven’s Only Wishful, released just last summer. The man himself was nowhere to be seen. But then, just as a cry of “MorMor!” left the lips of a trim-bearded punter, a door opened behind the keyboardist, and Nyquist quietly and confidently made his way to the microphone. 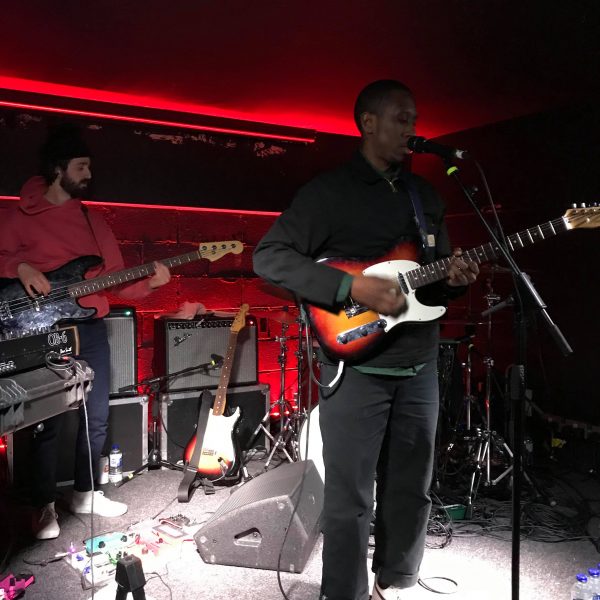 Over the mid-tempo drums, languidly strummed guitar and floating synth chords of “Whatever Comes to Mind” his voice roamed free; delivering smoothly sung-spoke lines which then blossomed into a falsetto somewhere between a whisper and a yell. In person Nyquist’s singing is just as effortlessly expressive as it sounds on headphones, and it was a real thrill to watch him unleash every word in an intimate venue which meant that we were only ever a few metres away. Even without the subtle support of layered vocals, his voice more than had the strength to carry it all.

In the middle of his set MorMor dropped “Lost”; a track that combines massive, droning synth chords and the clatter of a drum-machine to propel crisp, clean vocals. This landed extremely well in the cosy confines of the basement and was a perfect display of the tightly controlled vision Nyquist is able to exercise.  He writes, records and produces practically everything you hear in his songs, and this allows him to craft music in which absolutely nothing is wasted, or even expendable. His stage presence was quietly focused throughout; determined to nail every vocal melody and every guitar part, and achieving this with calm style. There was no sense of aloofness in all this though, he seemed to enjoy himself and thanked us all for coming out to his first ever show in Manchester. He’s a pretty likeable guy really.

What became clear to me, on an almost physical level, is that this music is totally steered by emotion, and that’s a great thing. As a songwriter he has the appealing ability to feel a melody rather than think it: to sometimes let it speak more clearly than words. Very often, he manages to capture a feeling, or even a tangled mess of them, and distil it in one crystalline hook. The coda of “Heaven’s Only Wishful” is one of these such moments, and made a perfect finisher for the set that left the crowd in a satisfied daze. I won’t try and crudely recreate that experience for you here, instead I would urge you to go and listen to it and experience it for yourself.

All in all, MorMor’s set was a powerful statement of his abilities as an artist. It was a performance that seemed to vibrate with the bittersweet sensations of being alive, and with a new E.P on the way this year, it seems that he’s only just getting started.