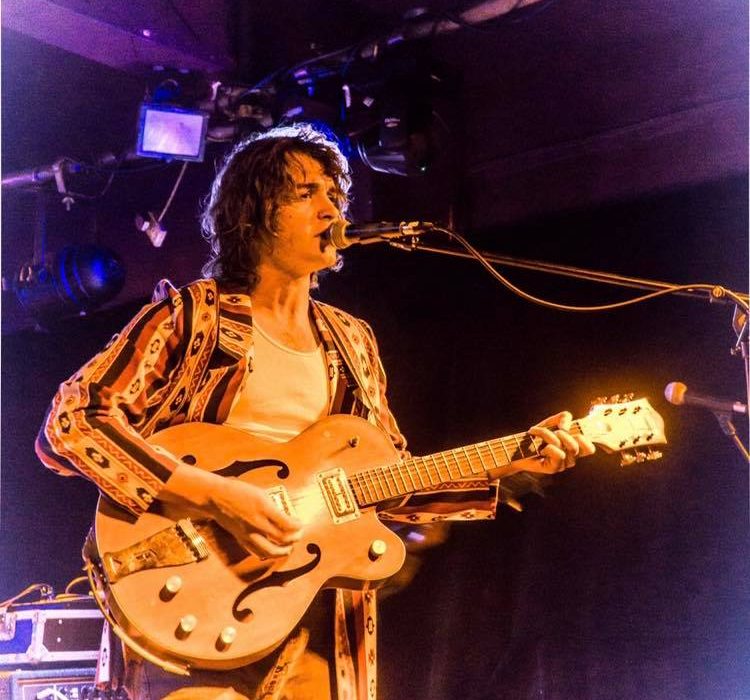 The Minneapolis-born Night Moves graced the very ‘on brand’ Manchester’s Night & Day Café. Having only played the ‘Cottonopolis’ once before a few years back, I was certainly cautious about the crowd they’d be able to bring on a chilly Sunday evening. However, from the second I arrived; my doubts melted away in the warmth that centred around the orange-washed stage.

In fact, I had to weave my way through the crowd to get any way near the front as most of the fans had gathered far earlier to support Night Moves’ special guests Wovoka Gentle, who were utterly spellbinding.

When the quirky quintet finally took to the stage, there was an air of nervous energy from the band, but this soon diffused as they were greeted by the typically British, passionate wooing and applause. Frontman Micky Alfano has a distinctively soft vocal style, certainly one that echoes an older, more soulful style of song writing. The Neil Young comparisons that Alfano seems to commonly get ring true however the musical soundscape that Night Moves concoct is more in the realm of a 60’s sounding almost psychedelia-infused folk rock.

Night Moves effortlessly layer all of their hypnotic guitar riffs, synthesised beats and love-struck lyricism to create their euphoric and cinematic sound. Blending a mix of genres from blues, pop, rock and folk but remaining tightly within the realm of a storytelling style in vocals, it’s very easy to be transported to a totally different ‘place’ at a Night Moves live performance. At times however, the limited narrative in between songs did mean some of their songs did merge into each other and I was disappointing that the setlist did not include my personal favourite ‘Ribboned Skies’ which has easily made one of my top releases of the year.

Despite this, the band’s ability to stir an ‘over the pond’ crowd like they were able to on a Sunday evening was certainly impressive, demonstrating the loyalty that their Brit-fans clung to. The incessant shouting from the crowd for song suggestions and humbling retorts from Night Moves made for a very intimate and wholesome set.