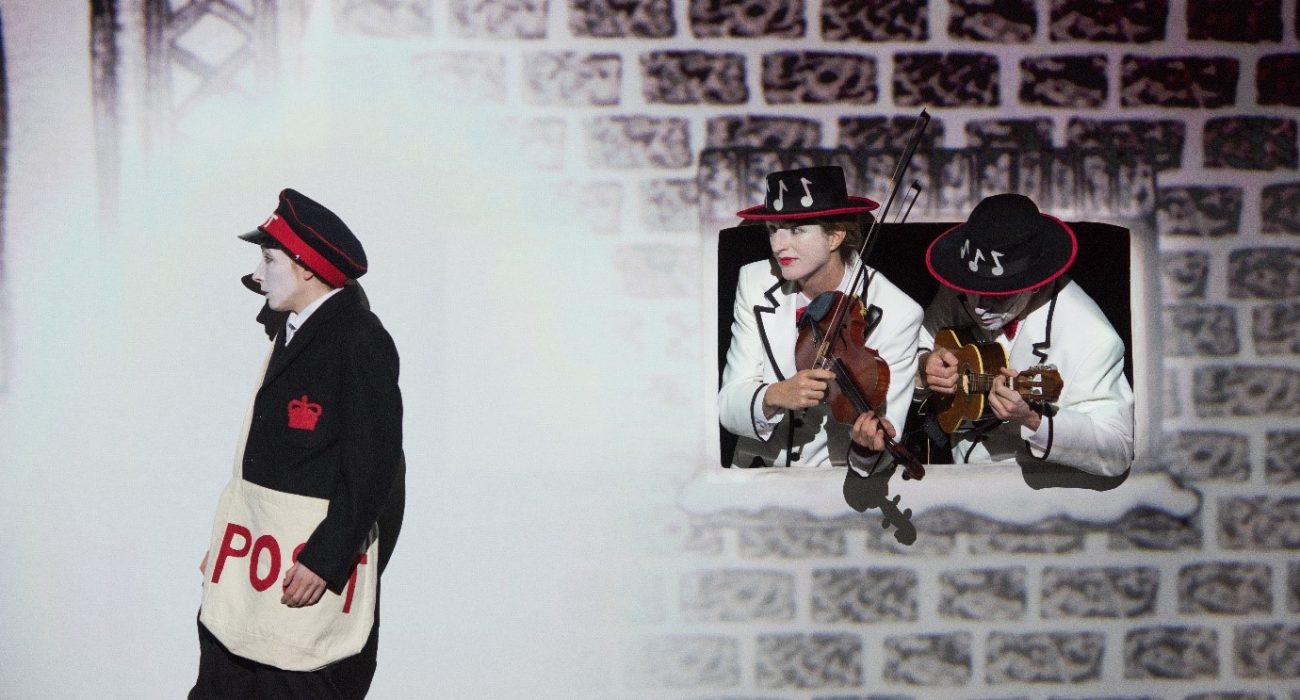 Written by Mia Edwards on 15th December 2019. Posted in Arts and Culture, Reviews

You would be forgiven for entering a performance of Roots at HOME, having read the necessary leaflet, and yet still having no concept of what you were about to witness. In fact, on Thursday I both entered and left a performance of Roots in a similar state of dazzled confusion. Over 65 minutes, the 1927 Theatre Company ferry the audience through an anthology of lost and obscure folk tales, translated by director Suzanne Andrada from brief descriptions into dialogue-driven vignettes. Dark, blunt, and sometimes jarring in their change of pace, the players work with a large projected screen which provides them with shifting backdrops, costumes, props and even virtual cast members. Roots has a fantastical yet playful quality which is boosted by a live musical double act, providing a rare and impressive range of instrumentals, linking animation with theatre and creating a truly energetic narrative.

The atmosphere that 1927 cultivated in Roots was, to me personally, one of quiet discomfort. It seemed to me that to chuckle along with some of the more gruesome, twisted elements of the tales, one would require a darker and somewhat stilted sense of humor. However, for what positivity it lacks in its dialogue, Roots more than makes up for in the playfulness of its choreography. The cast delivered a lively performance in keeping with the fast-paced animations, hitting mark after mark, effortlessly blending with the projections. The restrictive nature of such tight choreography lends itself well to the off-piece and blunt humor of the company. The animations themselves were diverse, visually stunning and unsettling. I found myself drawn away from the actors on more than one occasion to the corners of the projection and the smaller details of the illustration. It would have been no easy feat for animators and producers to converge the two mediums in such a coherent fashion. As a result of their work, I found there to be moments of genuinely surprising ingenuity which left me blinking wide-eyed and dazzled in my seat.

The musical element of the performance was truly integral to the experience. Two musicians stood by throughout, providing an eerie and underlying twang, acting as extras for one tale and silent observers for the next. The double act had truly impressive and inventive musical abilities. One tale about a murderous fisherman family was made all the more ethereal and haunting by a carpenters saw being played with a bow and warped into an ascending whine. As was expected, the music was in perfect synchronization with the animators and actors, marking both the tense and humorous moments with equal skill.

As a company, 1927 and its collaborators have done an excellent job of producing their style of wry and somewhat disturbed humor in Roots. Although branded as their most ‘family friendly’ show, I struggled to imagine children as the satisfied demographic. I even questioned if I had any place there myself. The older gentleman chortling loudly beside me was, perhaps, better suited to the genre they represented, having developed a fascination for the macabre which both my guest and I agreed we were sadly missing. 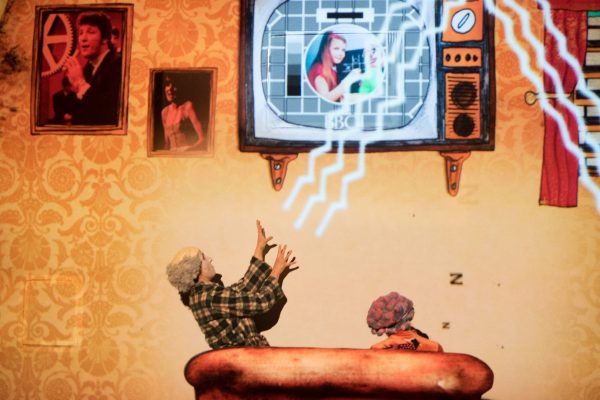 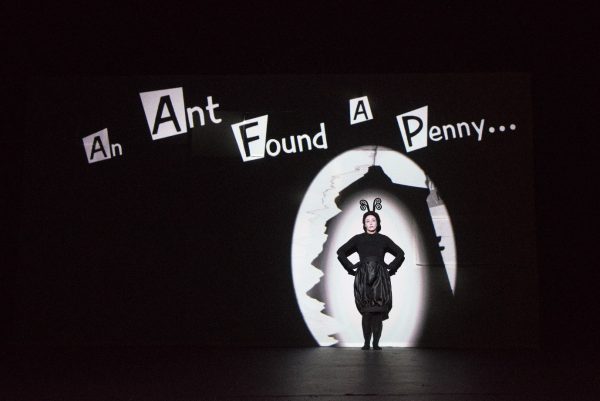