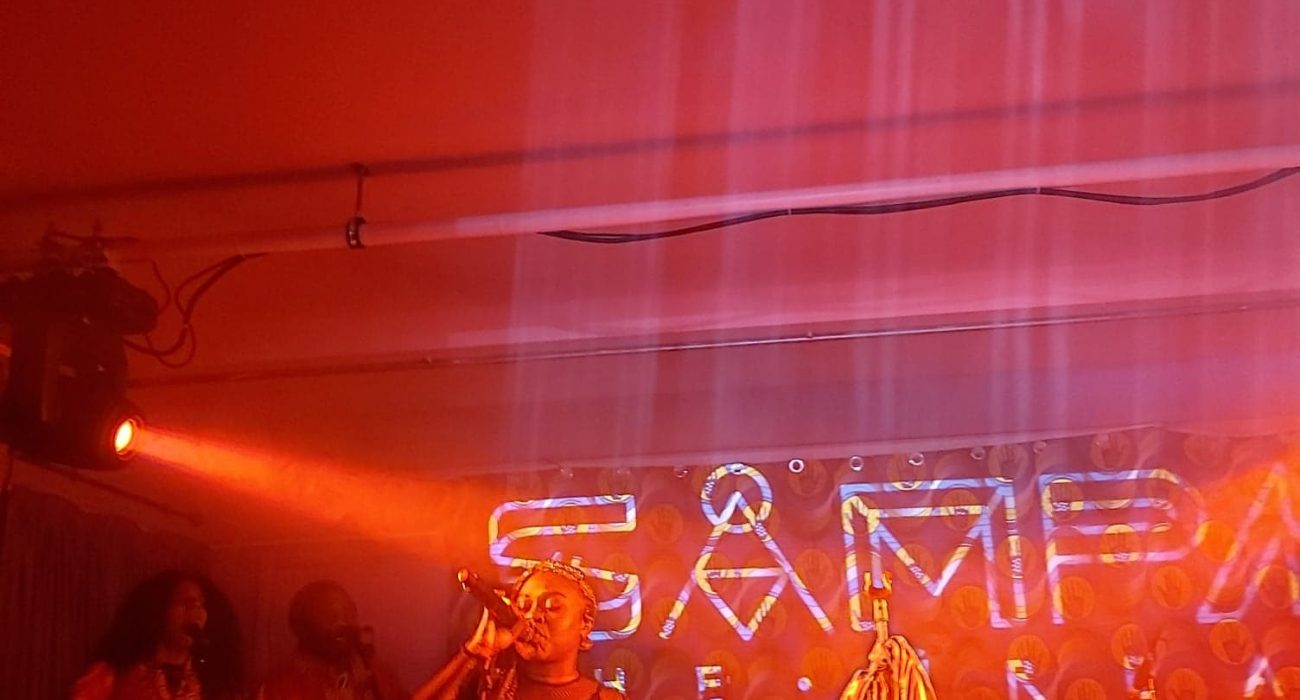 I hope that anyone who had the fortune to catch Sampa the Great at Yes will reflect upon the brilliance of the experience. The gig itself was a cathartic playground; every aspect of the performance was of the highest quality. The crowd was alive and the band sublime. Sampa performed with a level of professionalism that one would expect from a veteran artist, whilst seamlessly cultivating an excitable, organic rapport with the crowd. Perhaps what stood out the most was the honesty with which Sampa expressed her most personal desires and anxieties. Songs like ‘Mwana’ reminded us of her rather unique background. The fact that some were unable to understand the words to the song (not including the Zambian flag bearing attendees at the front), only added to the experience. We could feel the connection in the room. Myself and all those attending were given a private conversation, a dialogue and a story expressed with such openness that I felt as if it could well be my own. To finish with Final Form was the perfect ending to a mercurial story to cherish.

Sampa the Great is a product of transculturalism, born in Zambia, raised in Botswana and matured in America and Australia. For such a rich life history, the Sampa’s musical eclecticism comes as no surprise. Inspired by rich afro beats, Sampa delicately intertwines this with genres such as hip hop and soul. The product? A refined, upbeat and introspective wonder. Aged only 26, Sampa’s musical flair inspires fascination and wonder amongst her audiences.  Perhaps even more impressive is the fact that this tour is to promote her debut album; The Return. Released on 13th September this year, it already showcases her immense talent in production, rapping and singing. However, to abstract the album from the performance would be an injustice. As powerful as the album is, I will forever consider this live performance to be a more authentic interpretation of Sampa’s emotions and intentions. The performance was a journey. It was not merely a show, but a narrative of Sampa’s character and musical inspirations.

Whilst I could praise Sampa alone, to do so would be an injustice to the talent of the band accompanying her. With album executive Producer SilentJay performing as warm up act, vocalist, keyboard, synth, and seemingly everything else, one felt in safe hands. But this was further supplemented by the iron-tight, rhythmic and reliable drumming. The mellifluous and harmonious backing singers contrasted the often harsh style of rapping which Sampa employs to put forward her message, the culmination of all this talent treated the audience to a holistic and complete sound.

I would implore all of you reading this to see Sampa and her band at any opportunity. Few artists live up to their epithet. Certainly, we have a ‘Great’ here. 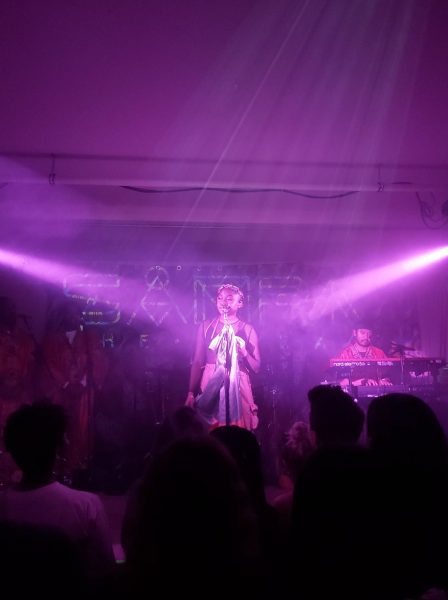 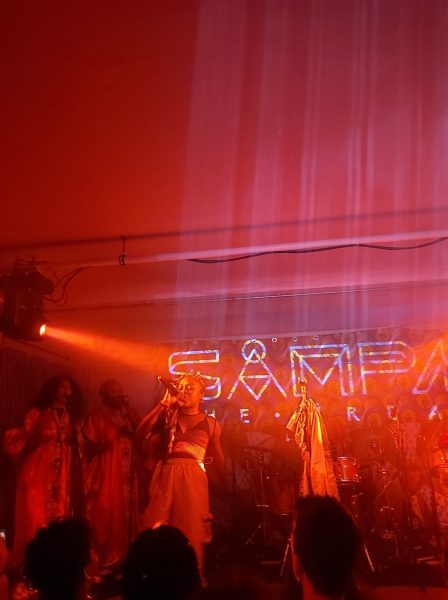