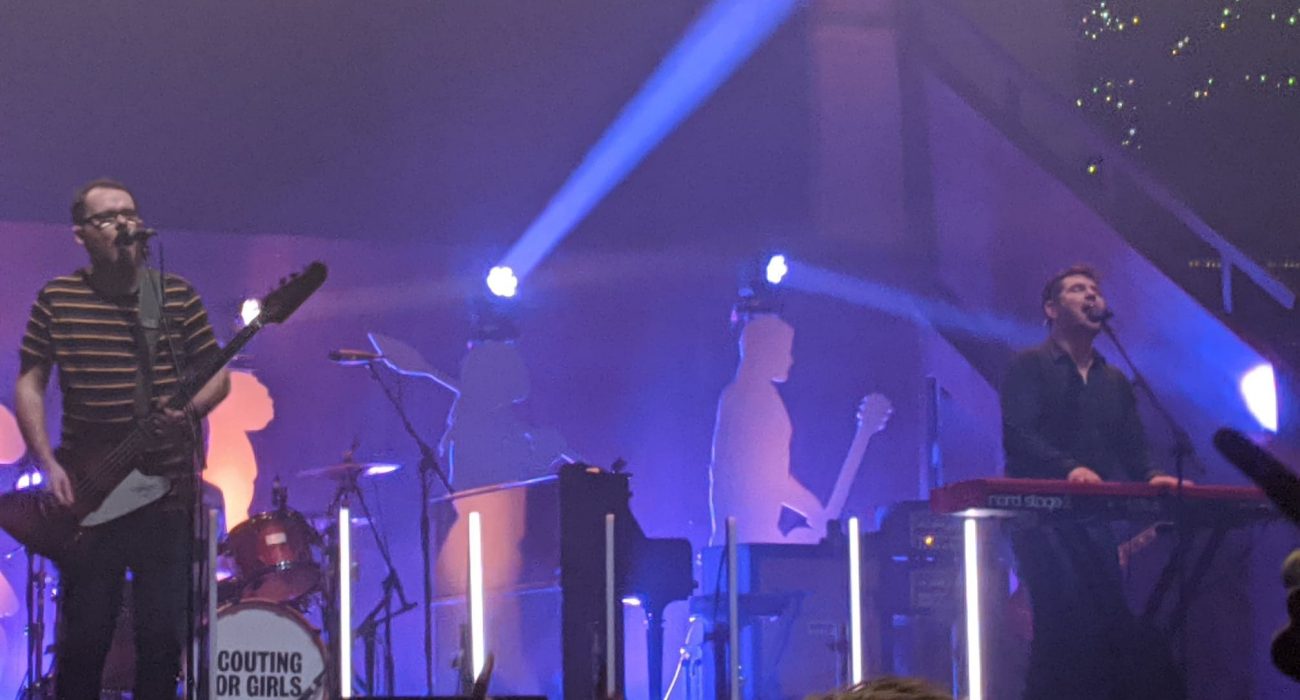 The year is 2015. A text appears on my phone. I am embedded in a McBusted-in-bed marathon. The text reads: For your 18th do you want tickets to see Scouting for Girls with me and my mum?

Fast forward a month or so, and a venue in Bouremouth is filled with the melody of thousands of voices clamouring to be the lead harmony. It is feel-good galore.

I must say, four years later, the set list is remarkably similar. The second song to be played is ‘Heartbeat’. This disappoints me slightly since it is my favourite; I would rather have the suspense of guessing when it will appear. However, it launches viewers into a euphoria that does not dwindle, even as the band begin to interweave some of their newer material with which many audience members are not yet acquainted. Clearly, most of us came for the classics. In true British form, we long to for the slightly pervy ode to posh girls with good bums. The newer music is a bit more sentimental, which the band appear to have clocked is not the desired mood. We are paying for an evening of laughter and reminiscence as an antidote to post-election blues. Certainly, Scouting for Girls deliver on this front.

Their inclusion of the audience is what makes the show more of an immersive experience than a showcase of musical prowess. The band members are talented, but the standout moments are those that the audience involvement is incorporated into the performance. The audience demographic is hearteningly diverse; older couples stand alongside primary school students, all of whom have attended to belt out songs from their younger years. People pay to come to concerts like this as a sort of medicine. Songs overlap and are woven with songs by other well-known artists. A particularly memorable moment is when the audience are divided into two, and asked to sing ‘Elvis Ain’t Dead’ lyrics.  Lead singer Roy Stride begins to ‘Hound Dog’ which charmingly underlies the gleeful audience duet.

This is not a serious event. Whilst there are moments of musical serenity, the concert is a gateway to early-adolescent reminiscence and a right laugh with some strangers. If you attended, you would have known most of the lyrics. Maybe you would have pretended not to. But they would have been on the edge of your tongue, awaiting sweet release. We cannot evade our inner Georgia Nicholson that lurches forth – gowned in an olive costume and snogging boys on beaches – when ‘She’s So Lovely’ begins to play. Scouting For Girls remain the best in British musical silliness.