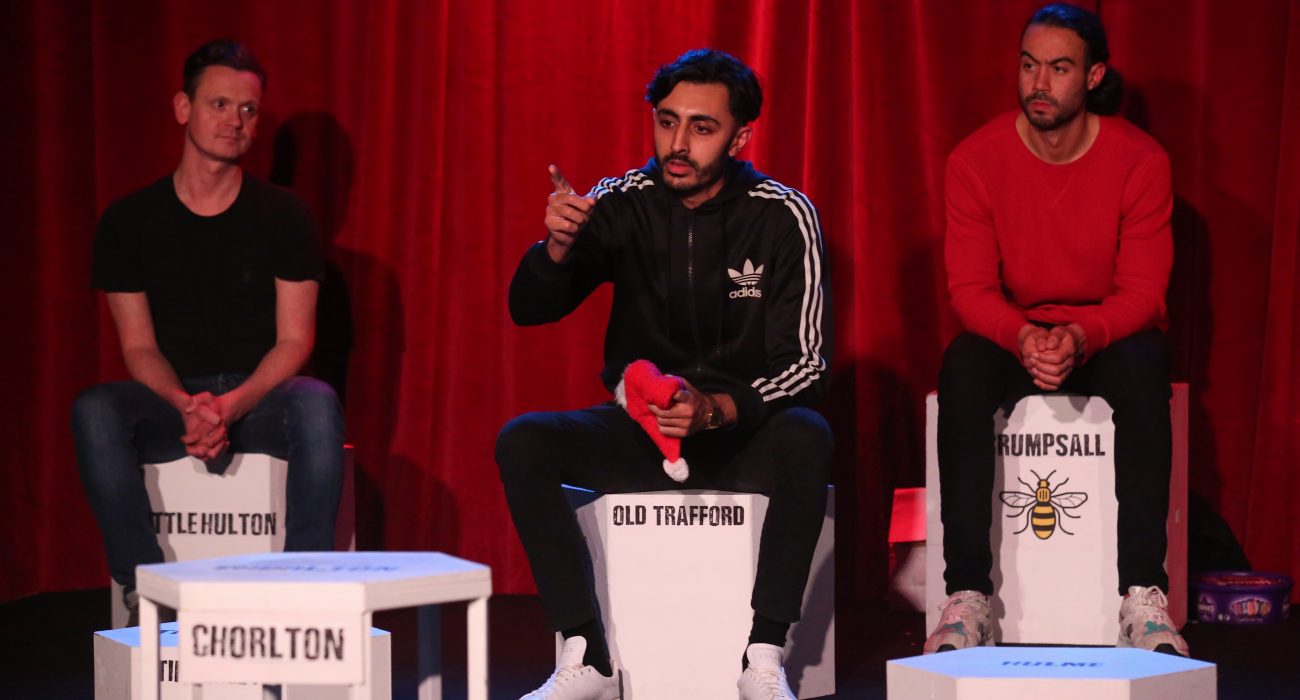 Review: The Manchester Project at Christmas at HOME Theatre

‘Kindness… you have to pay it forward.’ The opening monologue, from a Big Issue vendor played by Andrew Sheridan, sets out a theme which will run through both halves of The Manchester Project at Christmas, a marvelous evening’s entertainment emphasising the value of community this advent.

Local company Monkeywood have created an authentic ‘theatrical map’ of Manchester at Christmastime with 14 micro-plays (directed by Martin Gibbons and produced by Sarah McDonald Hughes) which showcase the writing and acting talent from across the city. The stories explore what it means to be a Mancunian and what it is like to live here in 2019. It is heart-warming and uplifting, underpinned by a social realism which hits home. Different communities, from Cheetham Hill to Moss Side to Old Trafford, are represented and contemporary issues of class, gender, the NHS, addiction and housing are touched upon. The setting – a pop-up event space in HOME’s gallery – is cosy and intimate. The writing is insightful and incisive; the acting is sincere and moving. Together it is brilliantly economical and the genius lies in its simplicity. It is a rich portrayal of the small details of everyday life where random acts of kindness and empathy shine through. The cast (Cynthia Emeagi, Zoe Iqbal, Reuben Johnson, Andrew Sheridan, Samantha Siddall, Gurjeet Singh) are electric and versatile, swapping accents, singing and dancing, bringing the characters to life effortlessly. The glimpses of Yuletide Manchester will make you think, laugh and cry.

Depending on the night the second half consists of comedy or drag from either HOME’s Ho Ho Holiday Comedy Hour or Miss Blair’s TV Special. We joined Manchester drag queen Miss Blair, the stage now transformed into her sitting room, for some raucous fun and games. The audience were serenaded with lip-synch renditions and dance numbers, most notably Celine Dion’s ‘All By Myself’. It was a tour-de-force of camp, slapstick and innuendo. Iconic British TV icons – such as Deirdre Barlow and Patsy Stone – from yester-year were revived in hilarious skits as well as video content projected onto a big screen, including a fantastic alternative Queen’s speech. Miss Blair – who is also raising money for the charity Mind – reminded us of the loneliness which exists across the city especially around this time of the year. The silliness, therefore, did have its own message of goodwill and compassion. I left beaming and brimming with the Christmas spirit. It’s running until Saturday 21st December so get yourselves down to HOME for the perfect evening of local theatre and festive cheer. 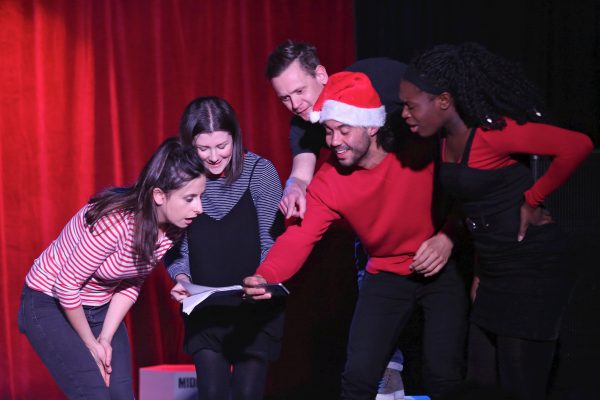