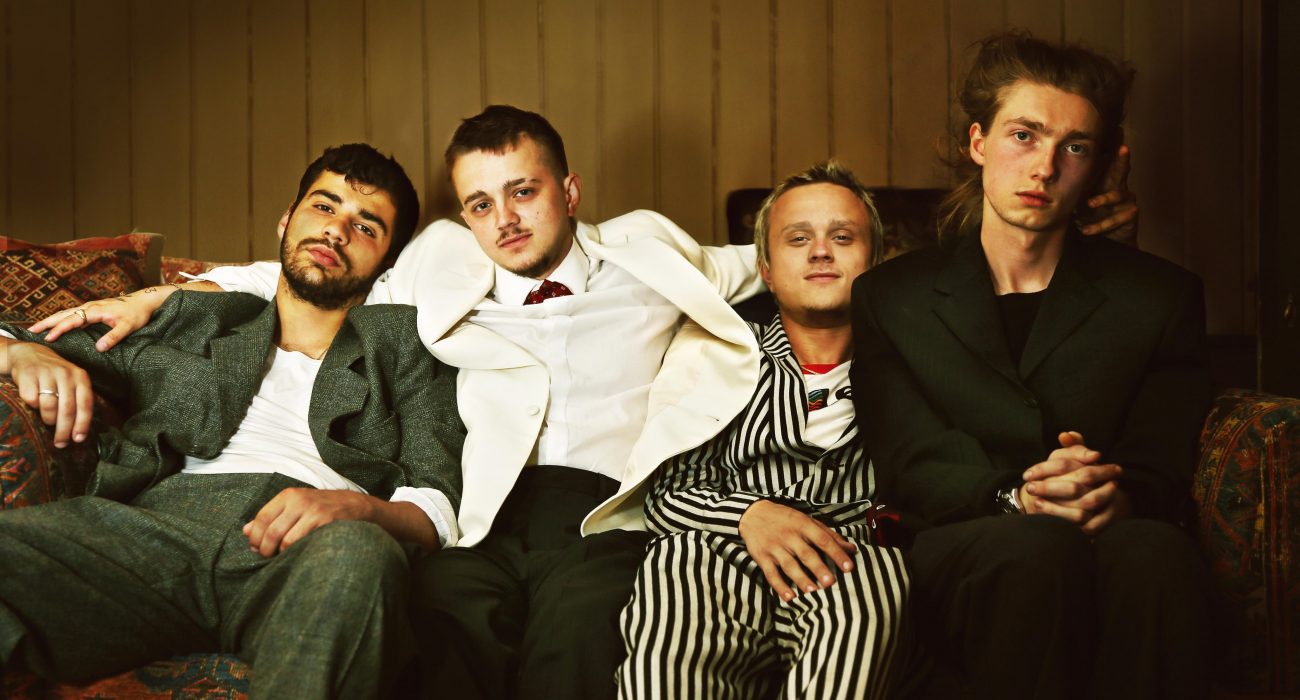 The Jacques: an introduction

Written by webeditor on 28th April 2020. Posted in Arts and Culture, Music, Reviews

2020 has had the most traumatic start of all years of my life so far, and it’s only April! We’ve seen devastating wildfires, floods, a global pandemic and I’ve lost my debit card 3 times already. It’s easy to focus on the negatives amidst a national lockdown, but these past few months have blessed us heavily in one way. This is of course with the launch of The Jacques’ debut EP, ‘Born Sore’, which was released on February 7th.

I first came across The Jacques in January, when a French grunge playlist was interrupted by the holy Spotify algorithms with the introduction of ‘I Never Want To Be Your Boyfriend’. Their poppiest release to date blends the beauty of dream pop with the infamous edge of grunge, to make a track that you’d proudly make your anthem on Tinder. This first encounter had me hooked, so when their EP dropped weeks later and their tour began, I jumped at the opportunity to chat with them before their gig at Night & Day Cafe in Manchester.

A seemingly necessary feature of opinion pieces and album reviews is to include some mention of the discussed band’s genre. However, when it comes to The Jacques, it’s never as simple as that. Lead singer Finn O’Brien describes the band’s music as “not very linear”, and commented that they “jump from genre to genre a lot…sometimes in the songs themselves”. Whilst Finn’s description may sound jarring, the ‘Born Sore’ EP is an incredible example of how their fusion of genres (punk, pop, indie-rock and new wave to name a few) merge to create tracks with their own signature sound. Put simply, I couldn’t tell you what makes a ‘Jacques track’, but I could tell you if I was hearing one (and I’d probably be singing along).

The Jacques recently finished their debut album for Modern Sky, and have promised “a lot of pop in there, a lot of weird in there” and “a lot of orchestral sh*t as well”. Since the band’s initial formation 5 years ago, they have seen various members come and go, with bassist James Lay being the newest recruit. Harry Thomas (on synths and electric guitar) commented “the time that we were recording, it was obviously a different time within the band. I feel like some of the journeys we’ve been on, individually and together might come across in either the lyrical content or the vibes. There are some slower songs than we’ve been able to get away with live, so stuck them on the album”. Finn went on to add that the album was in places cinematic and even anthemic at points, with a teaser of other instruments being featured on it.

Despite the group’s french skills being limited to drummer Elliot O’Brien’s unapologetic “où est le tabac?”, The Jacques have found themselves a large following in France. They pin this down mostly to a difference in gig culture on the continent, with Harry commenting on the contrast of the difficulties of getting heads through the door in the UK versus abroad. Finn went on to say “it’s less cliquey…people go more for bands as themselves than as bands as part of a certain scene.”

The Night & Day gig on March 1st marked the start of their first UK tour, which was sadly cut short as a result of the COVID-19 pandemic. Thankfully, the band has announced plans to reschedule these dates when it is safe for them to do so. In the meantime, give ‘Born Sore’ a listen, it may well have the edge that your lockdown is lacking…