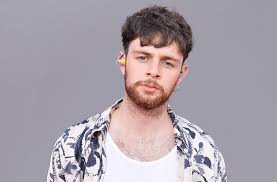 Written by Hannah O'Gorman on 12th April 2018. Posted in Reviews

Ever wondered what makes Tom Grennan tick? Wonder no more! Ellis Harbord sat down with the Bedford-born singer songwriter to find out more…

Fuse: How’s the tour going? Is the first time with a band?

Tom: Yeah it’s going pretty well man, no I’ve done it with a band before.

Fuse: last time you were here you played at sound control, which has been knocked down recently. How does it feel to be playing at a bigger venue, is it a big step up?

Tom: yeah there’s obviously more people, more energy. I suppose it is more of a jump, but it’s good man.

Fuse: when I first heard your music, I thought your voice sounded quite unique. There are quite a lot of voices coming from England that have an americanised twag, but would you say your voice is a defining part of your music?

Tom: thank you very much, yeah that’s something I’ve always tried to keep in my music, that britishness, I’m from England, not America do you know what I mean. I keep it real to where I’m from.

Fuse: I want to talk about your track ‘Something in the water’, is that one of your earlier songs you wrote?

Tom: yeah that’s one of the first ever songs I wrote, yeah man. I wrote it in my bedroom, and it’s had a bit of an impact since.

Fuse: in the first verse you speak about: your mum, about how time goes fast, putting worries aside, not living with regrets, actions speaking louder than words. There’s a lot of wisdom hitting you straight I’m the first verse, it’s quite impressive. Would you say that’s a wisdom you’ve grown up with or gained recently?

Tom: thanks, yeah probably just growing up with it. I talk about my mum, and I just listened to her words. She’s a genius so whatever my mum says is always going to be right to me.

Fuse: I read somewhere that you started learning guitar while you went to uni is that true?

Tom: yeah I didn’t play guitar before I went to uni, when I started I kinda hibernated in my room for a while – for whole year really and just taught myself how to play guitar. I tried to write some songs and then just went round looking for gigs in London and then thankfully someone liked it. In Finsbury Park pub, yeah and then I got signed and here we are today.

Fuse: The fact you were just playing in your room and then had the determination to go out and play is impressive.

Fuse: Would you say that courage has continued, do you still have that same attitude and determination?

Tom: Yeah definitely, I got the determination. You can do whatever you put your mind to. If you keep working away and grinding hard then you can do it.

Fuse: what would your advice be to the guitar player who sings ‘in their room out of tune with no one around them?

Tom: Keep doing it, believe in what you’re doing. If you like it, then other people will like it as well. Unless you are really shit, then pack it in.