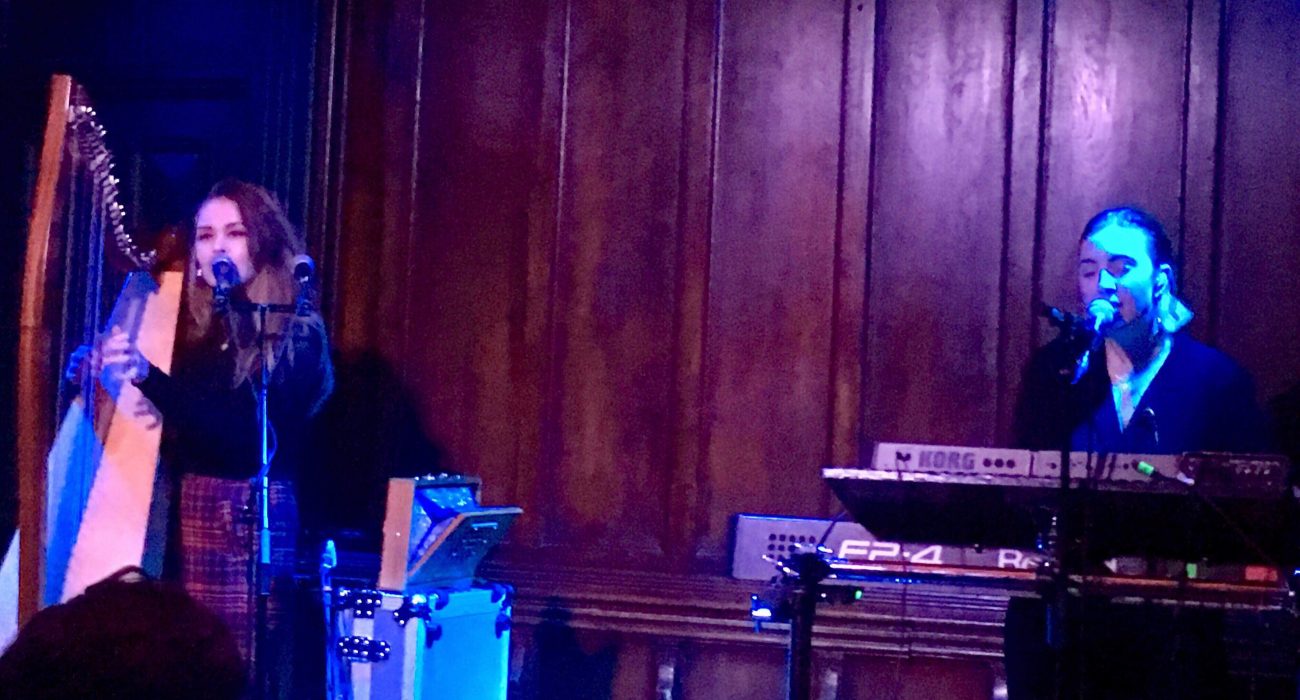 Written by Mia Edwards on 17th December 2018. Posted in Reviews 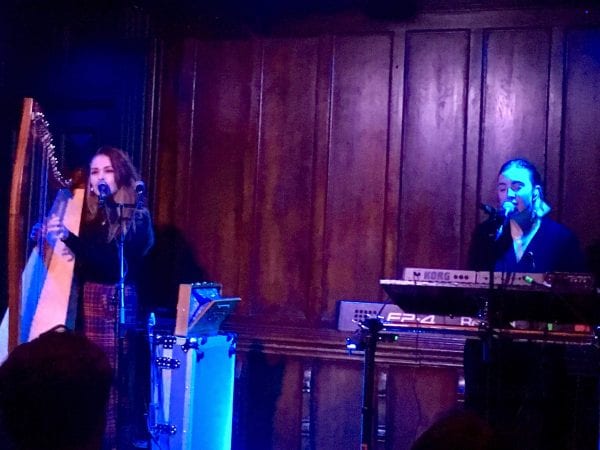 Saint Sister is an Irish electro-folk duo comprised of Gemma Doherty and Morgan MacIntyre. On Friday 14th December they played Castle Hotel in Manchester. This venue itself created an intimate setting and feel to the evening, enhanced by captivating harmonies and sounds created by the duo.

The two met at Trinity College Dublin. Doherty recalled, “We were both in Trinity at the same time and met towards the end of our degrees, and we both were looking to make music in some capacity – I didn’t even know what kind. It was that weird time after college. But Morgan reached out and we just went for it. We just started playing together and did what felt most natural, which at the start was just using our two voices and using the harp, and we built it from there. That was about four years ago now.”

Their Manchester gig did not feature their band who often play with them. However, if one were to close their eyes during the set you would not believe you were listening to only two people.

The duo created loops onstage comprised of voices, harp and thumping rhythms, producing a sound that filled the entire room. The emotion and meaning behind their songs are evident when they play, and this held the attention of the audience fully throughout the one hour set. The audience remained in complete silence other than to applaud and cheer after every song. MacIntyre, who writes the lyrics, stated “All the songs are emotional for me and all of them ring true and that stops them from going stale”. In particular, McIntyre says she enjoys playing ‘The Mater’ live, due to its stripped back and intimate nature; “It’s the easiest one for me to tap into the reasons why I wrote it. Because it’s quite a sad song, it doesn’t ever feel like I have to work hard to get into that mood when I’m singing it and trying to deliver it in the appropriate way.”

Manchester’s show was not the most intimate the duo has played throughout their tour, which began in September. Doherty recounted that during a show in Mullumbimby in Australia there was a power outage, “There had been a tropical storm. It just happened as we landed, maybe an hour before our show. So, when we walked in to set up, [nothing was working]. The whole town was out, so [it wasn’t] our fault… I feel like everyone becomes very forgiving in that instance; when all of a sudden it’s everyone’s [problem] to deal with together. There was a guy in the audience just shining a torch up at us. Everyone else was just so quiet, and they sang along if we were playing a cover. They were really with us, even though they probably couldn’t hear a thing!”

Saint Sister’s songs all tell a story, and not just through the lyrics. The instrumentation feels like an extension to the stories told, complimenting the lyrics wonderfully. Doherty explained “We do quite separate things; Morgan focuses on lyrics with the melody a lot of the time, and I’ll work on production or instrumentation and arrangement. We come together quite early on in a song. We both have different roles, and it works well”.

Saint Sister have a unique sound that is a perfect representation of Ireland in 2018; it’s modern but the folk roots are still prevalent. The duo finished their set with a beautiful acapella cover of The Cranberries’ ‘Dreams’. Doherty and MacIntyre’s voices blend together to create rich harmonies, and this cover perfectly highlighted that.

It is clear The Cranberries’ music has had an influence on Saint Sister. When asked which artists they are currently listening to, MacIntyre described a game taught to them by Ciaran Lavery, who opened for Saint Sister during a number of dates on their tour. “He introduced us to a game called ‘Good Song, Better Song’, where you just think of the best song you could possibly think of. My first one was ‘Romeo and Juliet’ by Dire Straits. You think it’s the best song, and then someone comes up with an even better song, and you just keep going. [It’s] good because it can go off in different genres, and then someone [throws] a curveball. We also do this thing, we call it ‘Irish Hour’ and everyone has to pick only Irish acts.” 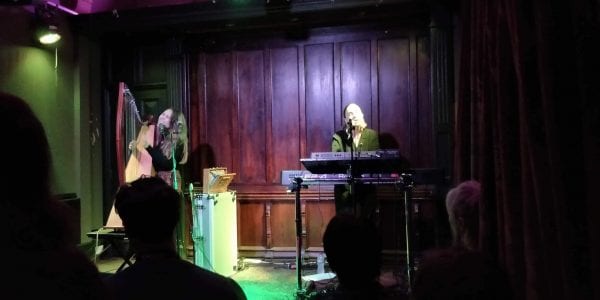 Saint Sister’s debut album ‘Shape of Silence’ came out in October 2018; if you have not already listened to it, you are missing out. Saint Sister is one to watch.