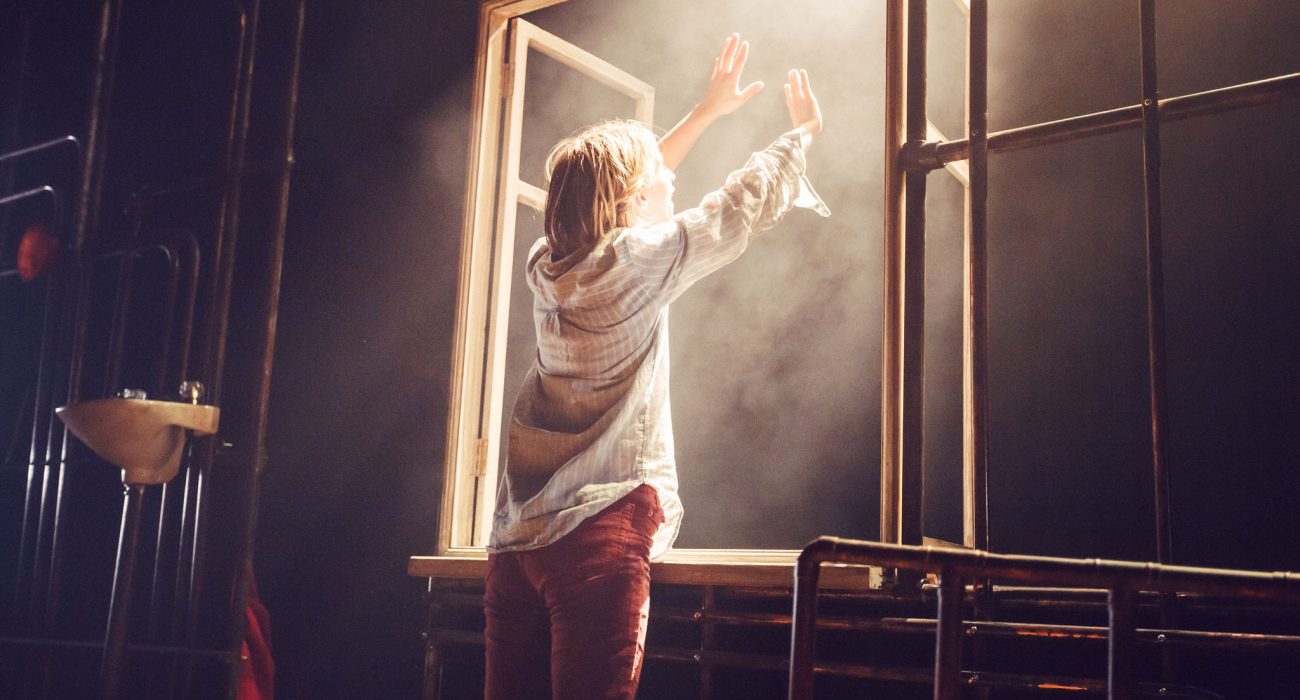 Written by Mia Edwards on 19th February 2020. Posted in Arts and Culture, Reviews

A big space. A small space. Your space. Safe. Mind the Gap immersed the audience into a world to escape to or escape from, this was the question.’A little space’ is directed by Helen Baggett. Mind the Gap’s Chalri Ward and Karen Bartholomew team up with Gecko devising performer Dan Watson and others to produce this show. An enchanting, moving and emotional production. Entering the theatre, the
audience were fully immersed into this exciting and strange world. Actors were already going about their duties onstage, adjusting props and reacting to each other’s actions. The play follows the story of snapshot moments of stories taking place in a small space: an
apartment to be more precise. This production from Mind the Gap excited, confused and enchanted the audience with its physical theatre. Although the actors did not execute the movement in sync, they did so individualistically and hence this gave it a personal touch. Absence Breath was a common feature used by the actors to portray emotion.

The dialogue and plot were unveiled through the constant soundtrack played throughout the production. Mark Melville the sound designer was in many ways the director of the piece, as the music created the emotion felt in the audience. Sound acted as the words that the actors did not speak. It left the show open to interpretation which is where the magiclies. The voiceovers combined with sound effects and instrumental background made for an exhilarating and captivating performance. The set was beautifully designed, with single lamps and hidden doors on the floor. Chris Swain, the lighting designer, used light thematically to show the theme of isolation. It highlighted the absence of human touch and transported the audience into the small space.

I left the theatre with so many questions and unfulfilled answers. The precise narrative and plot throughout was unclear, however one thing that was apparent was that this devised physical theatre piece followed the lives of five people and explored what happens when
they connect and disconnect from each other. This production held a mirror up to society’s flaws and hidden secrets. It was poignant, beautiful and confusing. Mind the Gap theatre company is one to watch, so look out for upcoming work that is both moving and touching.