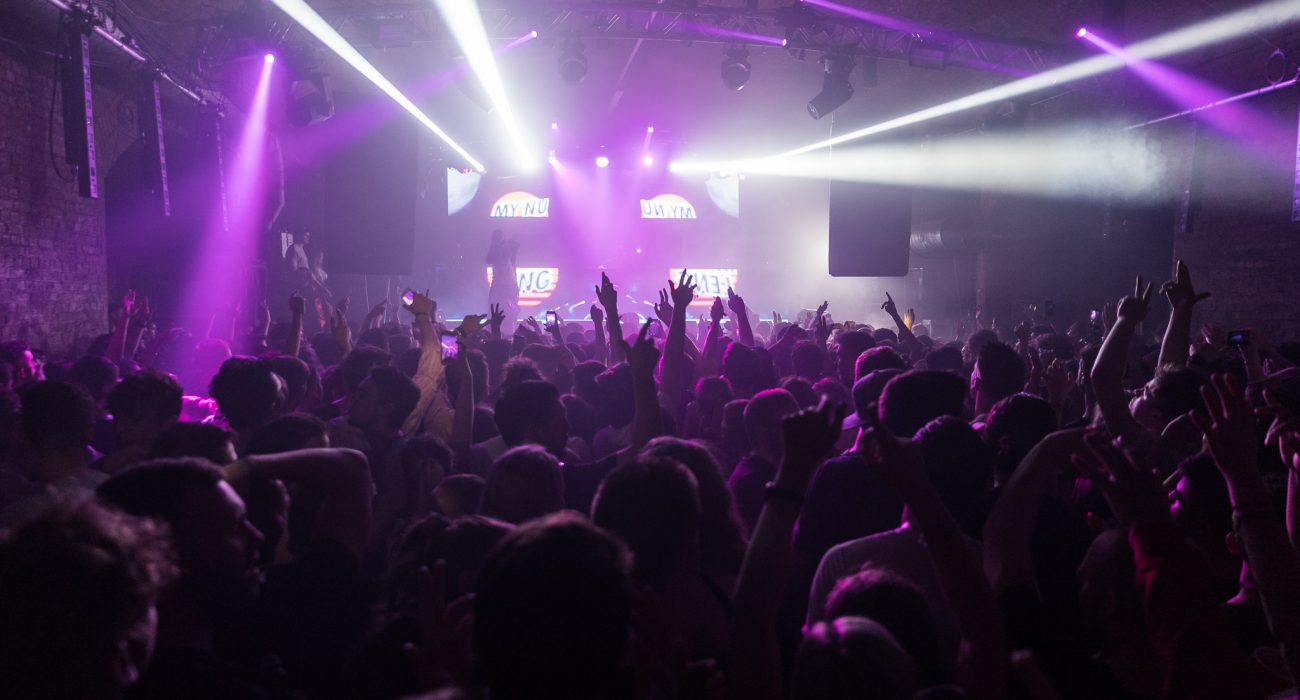 Written by Hannah O'Gorman on 29th November 2017. Posted in Reviews

It has now been 11 years since the Warehouse Project’s inception back in 2006. Over its lifetime Warehouse Project have established a reputation for presenting some of the finest club nights the UK has to offer, playing host to several blockbuster line-ups over their annual 12-week stints. You get the sense that co-founder Sam Kandel started the Warehouse Project as a real labour of love to electronic music, and this passion still resonates with the thousands of party goers attending each week. In my 3 years living in Manchester, I myself have been lucky enough to witness some of my favourite acts in Store Street from Four Tet to MIA.

Times have changed since 2006 however, and Warehouse Project has become a pricey affair with tickets now costing around £40. A sick chirpse article from 2013 also claimed Warehouse Project have introduced clauses in artist contracts stating that they will not play another Manchester venue that year. This news garnered criticism from smaller local clubs as such monopolisation of the scene unfairly prohibits competition. Never the less, Warehouse Project still has a special place in heart of Manchester, especially amongst its gargantuan student community.

Dekmantel on the other hand, have a reputation all their own, as an Amsterdam based music company they run one of the largest electronic music festivals in the world. Dekmantel have also dropped many stellar records as a label, boasting releases from heavyweights like Robert Hood and Joy Orbison. Needless to say, it’s easy to imagine Warehouse Project and Dekmantel collaborating to create a special night and my expectations were high.

Arriving 10 minutes late, due to the ever-unpredictable traffic of Curry Mile, the door staff were extremely friendly with me and my girlfriend, and we were shortly ushered through the abattoir-esque plastic flaps hanging in the entrance. Inside, I stepped into room 1 and assimilated myself among the masses of sweaty bodies. Here Fatima Yamaha greeted me with a utopian LED wind farm animated across his stage set up. Yamaha’s trademark saw tooth synth waves blasted through the room effortlessly bouncing from groove to groove. In what felt like no time at all, Fatima flowed through his hour-long set arriving at ‘Araya’ which almost took on anthem status as it built slowly whirling the crowd into a fever, before erupting to a climax.

Next up in room 1 the exciting, up and coming Shanti Celeste and Call Super were playing back to back. I had never seen either DJ live but I was excited to see what they had to offer after enjoying the recorded exploits of Call Super and seeing both acts recently make Crack magazine’s 50 most exciting DJs list 2017. After staying for around 20 minutes I certainly found aspects to admire from their set however, this admiration was perhaps diminished by the fact Fatima Yamaha is a very hard act to follow. As is often the case with Warehouse Project each room has a fantastic line up, so I headed for Room 3 to check out Interstellar Funk. Having known very little about Interstellar funk I was pleasantly surprised by his set of minimalist techno. I found a lot to like about the energy he delivered and so did the crowd around me which grew noticeably as people were attracted to the room throughout his performance.

Next up, I headed back to Room 1 to catch the legendary Robert Hood who is often dubbed the founder of minimalist techno. Hailing from the techno capital of Detroit, Hood has played a historically recognised role in the progression of the scene as a founding member of the ‘Underground Resistance’. This was my first time watching Hood and I was quite excited to see what he would deliver. Hood brought an assured performance to the Warehouse which had the air of an old pro doing exactly what he does best. Alongside a truly seizure inducing light show his thudding Detroit-techno set was simply a joy.

After marvelling at the exploits of Robert Hood I watched the opening of an erratic high bpm set from fellow techno heavyweight Marcel Dettman. Dettman’s sound followed well from Hood’s and kept the room alive as the night entered its penultimate hour. I was very aware however, that during this time Palm Trax had started in room 2. As a big fan of his releases on Lobster Theremin, I have been trying (and failing) to catch one of Palm Trax’s sets for the past 2 years. Palm Trax’s eclectic set strewn was with his trademark retro synths and samples of decades gone by. This sound was quite the change of pace from Room 1 but as the night begun to wound down for me this change was welcome. At around 5:00AM I left Store Street both fairly knackered and fairly chuffed with the insane quality of music I had witnessed. My only regret from the evening had been arriving too late to catch late additions to the bill JuJu and Jordash, who unfortunately drew the short straw warming the crowd for Fatima from 10:30pm.

In many ways the Warehouse Project was always destined to become a victim of its own success. Even with line ups this good I often struggle to justify the cost of these nights on a student budget. With crowds that now also gather due the Warehouse Project’s leviathan reputation rather than the acts themselves, people nowadays have criticised that many no longer come to appreciate the music. Snobbery aside, I would be lying if I said this wasn’t the latest in a string of superb nights I have enjoyed there, and as long as Warehouse keep delivering this standard of electronic music I must confess I will always be keen to return.