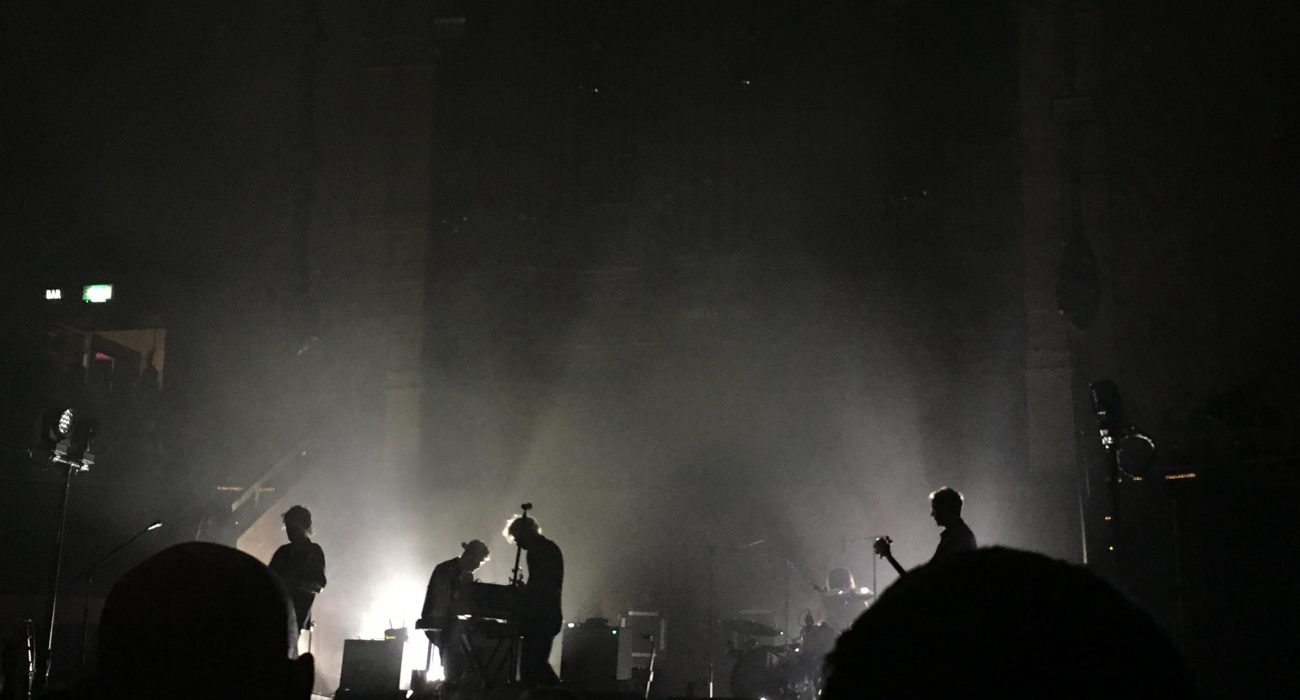 Written by Hannah O'Gorman on 20th February 2018. Posted in Reviews

Five studio albums down and Franz Ferdinand still retain so much of their zany and rambunctious
aura that enticed legions of fans in more than a decade ago. And whilst carrying out a performance
that would’ve considerably pleased the oldest and ardent of fans, the concert also featured a
plethora of tracks from their newest album Always Ascending that featured a slight transition in
music than to what fans may be used to.

The night began with a short but sweet hour performance from Albert Hammond Jr, well known as
the lead guitarist of The Strokes. Known for his eclectic style and killer speedball riffs during past
performances with the band, Hammond Jr certainly did not disappoint. Including hits such as ‘In
Transit’, Hammond Jr and his band riled up the crowd appropriately for the main act, so much so
that if they were ever to tour independently in the UK I wouldn’t hesitate in buying a ticket.
Announcing this new album as the introduction to Franz Ferdinand’s new period of music in a
previous interview with NME, it was an interesting experience seeing jovial and old-school hits such
as ‘Take Me Out’, ‘Do You Want To’ and ‘Michael’ alongside some of their newest songs.

Whilst some from Always Ascending, such as ‘Lazy Boy’, contain the quintessential foot-stomping vibe Franz
Ferdinand are known for, tracks like ‘Feel the Love Go’ and ‘Glimpse of Love’ felt like a return to a
groovy 70s age of Franz Ferdinand fans didn’t even know they needed! ‘Huck and Jim’ was a
personal favourite of mine from the album and exceeded my expectations when performed live:
there’s something magical about shouting your love and admiration for the NHS at the top of your
voice in Albert Hall. Nonetheless, all tracks still contained just the right amount of bop that make
Franz Ferdinand an absolute pleasure – and a whole lotta fun – to witness live in concert.