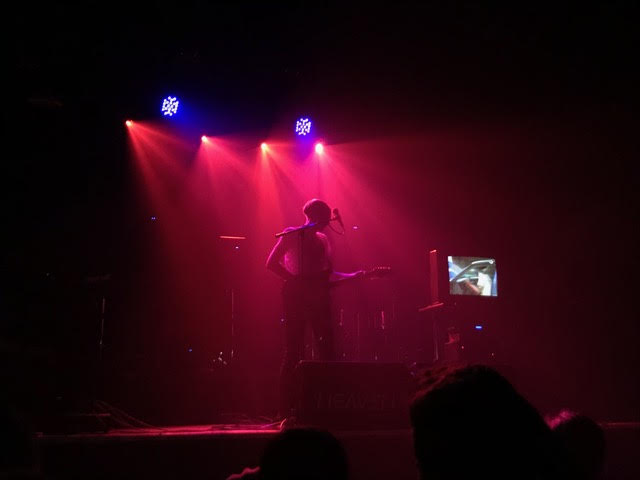 Written by Hannah O'Gorman on 4th March 2018. Posted in Reviews

I attended my first Free Vibes show at Band on the Wall and was pretty taken aback by the quality and variety of great local music on offer for free. Free Vibes is a regular night put on by Band on the Wall that aims to showcase up and coming musicians. For this night, Free Vibes teamed up with Amazing Radio’s Shell Zenner to curate 4 exciting artists. Genre-wise there was a taste of everything which brought in a wonderfully diverse crowd. First up was synth-pop duo Koalas who opened the show with cheerful synthesisers and effortless Everything Everything style vocals. At their best with their heavier synth intros, Koalas left me pining for carefree, summer days.

Third act Then Thickens arrived with an on stage confrontation of personal demons from front man and driving force in the band, Jon Lee-Martin. Lee-Martin sings stories of drug addiction and tragedy over bright indie guitar melodies which give the music an altogether more hopeful narrative. With their sometimes familiar sounding 90s riffs, Then Thickens hold their own through their front man’s sincere and cathartic vocals. 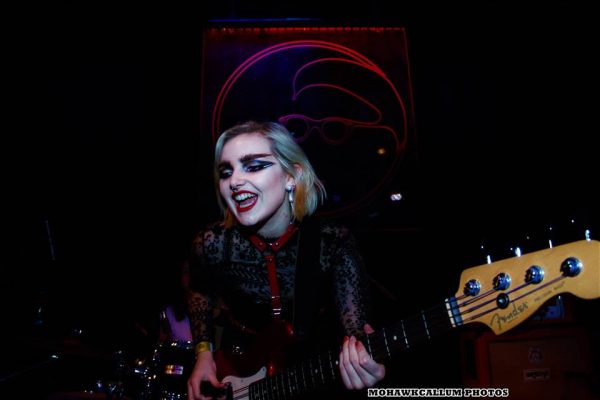 Stand outs were all girl punk band Witch Fever and solo artist TVAM. Witch Fever gave a performance that started out crazed and only got wilder as the set went on. Heavy grunge riffs drive the tracks and rumble through the floor whilst front woman Amy Hope switches from powerful, clean vocals to growls and frenzied screams at breakneck speed. A few songs in and half of the band have done away with their t-shirts leaving only bras and tattoos in what felt not like an invite to objectification but a furious challenge to it. An embrace of sexuality independent of the male gaze. The band’s use of all the space available to them made for an electrifying performance which concluded with bass playing whilst lying on the floor, in the crowd. Witch Fever gave a display of shameless female anger and empowerment. I’m interested to see them play a headline gig with a crowd perhaps a little readier to join in their antics. That would be a truly riotous show.

Last on was TVAM who took to the stage with a large CRT television and VCR, the kind your substitute teacher might have wheeled out in school. He’s setting up for what is one of the most unique visual performances I have seen in a while. Two new tracks start the ball rolling with fuzzy guitar riffs and strange distorted videos flashing away on the T.V. Looping motor-like synthesisers and mirrored images during second track “Narcissus” create an experience that is almost hypnotic. Next up is “Porsche Majeure”, a fan favourite. The tracks starts out with its beautiful and distinctly cosmic sounding 80s synth melody. Surf influenced guitar solos feature in between muffled vocals so echoey they become almost choral. The set concludes with a new personal favourite, the guitar heavy “Total Immersion”. I love the krautrock influence here. Find a good guitar riff and just keep playing it! It’s totally comfortable in its repetitiveness, becoming heavier during the choruses. Interestingly, “Total Immersion” is an instrumental but has accompanying words that go unsung. They flash on the screen of the VCR television like subliminal messaging. Highly effective subliminal messaging at that. Now when I listen to the track alone, I can almost hear the missing vocals. The piece continues through its mesmerizing spiral until it hits an abrupt end, firing you out of the psychedelic trip it pulled you through. TVAM has created a genuinely intense sonic and visual experience made all the more exciting because just one man is responsible for all of it.

Free Vibes and Amazing Radio brought together an eclectic mix of talented musicians for a roller-coaster of a night. I can’t wait to see what fresh and exciting artists will be at the next Free Vibes show.