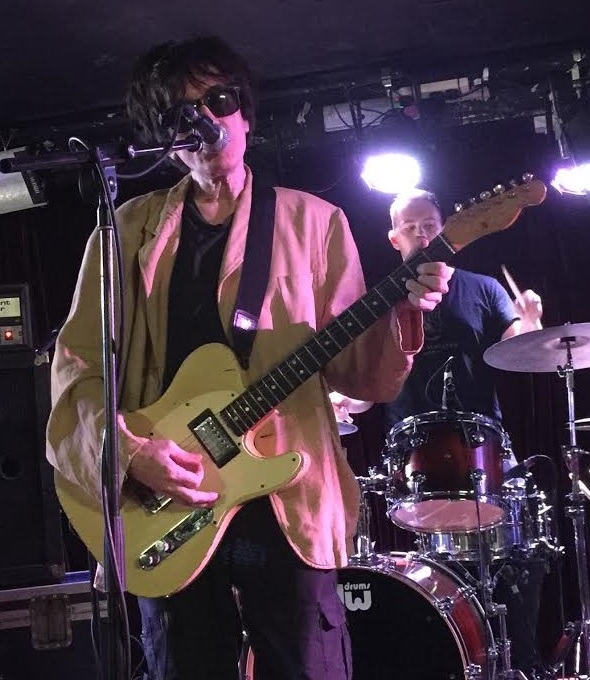 Written by Hannah O'Gorman on 4th February 2018. Posted in Reviews

Peter was supported by Bad Parents, who had a slow start in front of a still thin crowd. However, their closing track ‘You Can’t Date a Model’ – previously a Steve Lamacq 6 music recommends – drew a warm response as the Peter Perrett Posse started to arrive and get into the spirit of things.

Peter came out to a raucous welcome. The goodwill for Peter – who has battled addiction problems for many years – was palpable, with frequent back and forth between the former Only Ones frontman and his audience. Perrett was witty (‘Any United fans in? Good of you to come all the way up from London’), charming, and seemed genuinely grateful for the support. His set consisted of a mix of tracks from his new album ‘How the West Was Won’ – the title track of which was a strong point – and classic Only Ones tracks.

He was joined on stage by his two sons, playing bass and lead guitar respectively. Both were impressive and evidently delighted to be able to share in their Dad’s comeback. But, for all the brilliance of his youngest son’s guitar solos and the absurdity of his vampiric, criminally underused keyboardist, it was clear that the crowd were waiting for the highlight track.

At last, to close his first encore, Peter obliged. ‘Another Girl, Another Planet’ had the
crowd bouncing like back in ’78. When he left the stage for the final time, the overwhelming sense was of not only satisfaction with a good gig, but a broader compassion for Perret – perhaps summed up by one punter’s particularly memorable interjection: ‘its good to see back on your feet, Peter.’