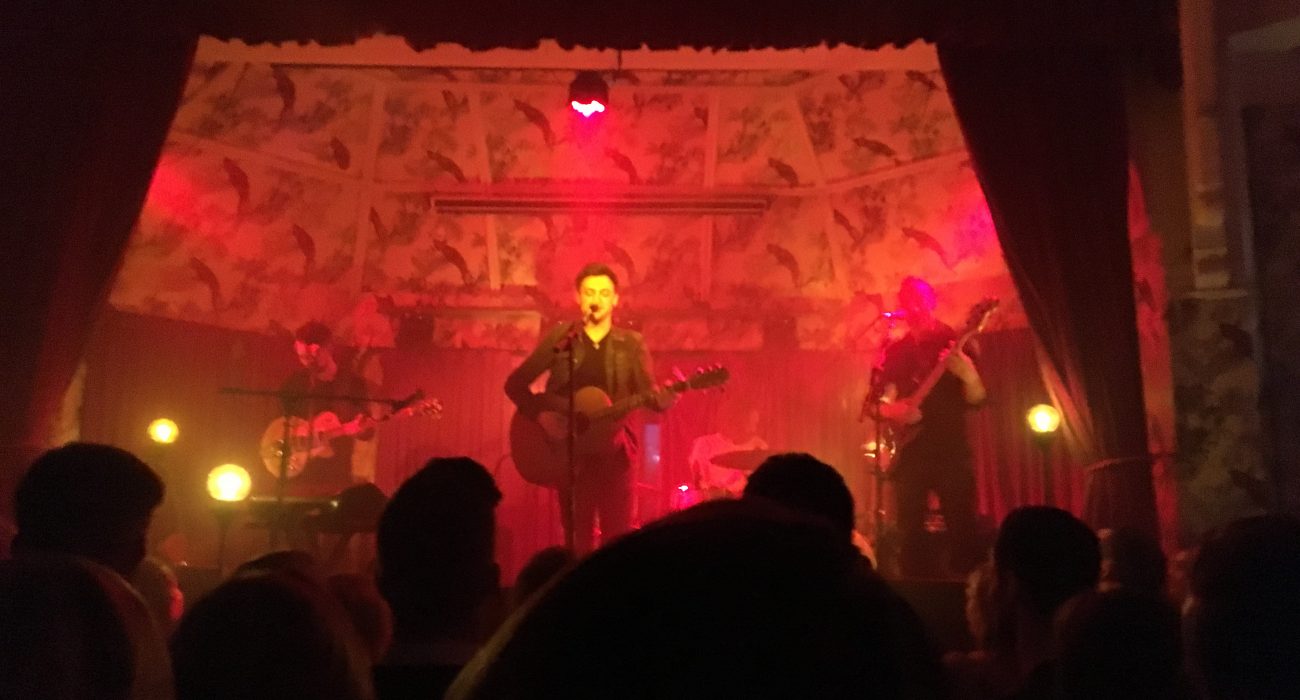 Written by Hannah O'Gorman on 29th January 2018. Posted in Reviews

Just before Christmas I had the opportunity to see Ryan McMullan at his Manchester stop while he was on tour of the UK. Having really enjoyed his gig back in September I was looking forward to seeing him again a few months later and it definitely didn’t disappoint! The show began solo with just him singing at the piano and the song he started with has stuck with me since then. The lyric “I’m just a little king without his crown” and it was beautiful. I so hope it’s on the full-length album he’s set to release soon!

Throughout the night he was trying out new music and it was really interesting to hear some of his new stuff. Having progressed since his concert in September, he had a full band to back him who were very talented and made for a great atmosphere in the intimate venue of the Deaf Institute. One of my favourite moments of the night was when he played his song Letting Go For A Little While because I haven’t heard him play a kind of country version of it before and it sounded fresh and invigorating! Also, with the gig being so close to Christmas, he played a lovely version of Fairytale of New York that had everyone singing and dancing along to! It was a great gig and I look forward to hopefully seeing him again in Manchester sometime soon!